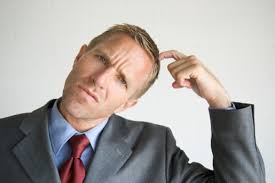 On this matter, I believe Tim Kaine speaks for all of us:

“I scratch my head in amazement that somebody in a position of that altitude would express and opinion like that,” Kaine said of Republican state Attorney General Ken Cuccinelli’s comments. “I read the transcript and what he said is that he posited that perhaps the president was born in Kenya, I think it was, and I think he said that is a reasonable hypothesis or something like that. It’s ridiculous.”

Speaking outside the White House, Kaine continued: “The president is an American citizen, duly elected by the voters. But some people just can’t accept that. And they’re still having trouble accepting that and I think that’s what the attorney general is, maybe in that camp.”

Personally,  I “scratch my head in amazement” not only that Cooch is a birther, but that he’s also a climate change denier, a raging (and raving) homophobe, a “states rights” extremist, a tinfoil hat wacko who believes the government is tracking his kids via Social Security numbers, and a guy who talks to his toy elephant named “Ron”. Given all this, what I really “scratch my head in amazement” over is that the people of Virginia elected Ken Cuccinelli as Attorney General last year over the sane and super-qualified Steve Shannon. What. The. Hell?!?