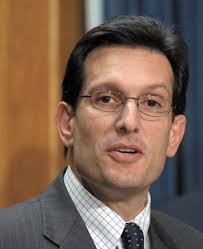 This should go without saying, but I strongly condemn threats of violence, let alone actual violence, against Eric Cantor, Tom Perriello, Tom Perriello’s brother, or anyone else.  It simply has no legitimate place in American politics and should be prosecuted to the full extent of the law. Period.

In this case, it appears the guy threatening Eric Cantor and his family is a madman who also has threatened many other political figures, including Nancy Pelosi and Barack Obama. In other cases, like with Tom Perriello and his brother, the threats were made by right-wing activists and bloggers (ostensibly) angered by the passage of health care reform legislation.  And, I’d note, the threats against Tom and his family came after 1 1/2 years of vicious invective, dehumanization, and demagoguery by leading Republicans – including the GOP’s 2008 presidential and vice presidential nominees, Rush Limbaugh and Glenn Beck, etc. – against Democrats, against Barack Obama, etc. Do Republicans and right-wingers really believe that using the kind of language and imagery they’ve been using will have no impact at all?  If not, they clearly haven’t studied the history of the 20th century.

Speaking of the type of language that should never be used in our Democracy, I was very troubled to read this. I’ve known Bearing Drift’s Jim Hoeft for several years now, and although  he’s a staunch conservative and we disagree on most issues, I’ve never thought of him as advocating or condoning political violence in the least bit. Which is why I was surprised to see him using phrases like “before we start taking any sort of violent action against anyone else” and “let’s let the judicial process play itself out before we do anything violent.” Excuse me? “Before?”  How about “never?”

I emailed Jim Hoeft to ask him if he wanted to clarify his remarks, as I found them highly troubling. We went back and forth a few times, but in the end Hoeft agreed that violence or threats thereof are “unacceptable,” although Hoeft added the phrase “in our current political climate.” I’m not sure if we differ here nor not, but just to be clear, the correct answer is: in our Democracy, violence or threats of violence are never acceptable, in the current political climate or any other climate. Sure, if some day our Democracy is overthrown by a tyranny, that could be a different story. But that’s totally hypothetical, pretty much science fiction, so why even talk about it?  Not only do I see no need to do so, I also see the potential danger to more…uh, “excitable” individuals in discussing such things as even within the realm of possibility.

By the way, I strongly approve of the comments by conservative activist and blogger Brian W. Schoeneman, who writes, “The angry rhetoric needs to stop, as does the idea or belief that a violent overthrow of our government is even a possible course of action in response to these issues.”  Schoeneman adds, “it would be helpful if Republican elected officials would stop letting our activists get away with that kind of talk.”  I couldn’t agree more, but I’m not holding my breath on this one.

So – do I advocate violence if health care is upheld as the law of the land by the judiciary?

My point is that violence is never appropriate in our current Republic to make political points.

The public has no appetite for violence. It is unacceptable and worthy of condemnation. It shouldn’t even be considered as a course of action given our political climate.