We, Danielle Nierenberg and Bernard Pollack (aka BorderJumpers), are traveling across the continent of Africa looking at innovations around alleviating hunger and poverty. We are writing a weekly diary whereby we share (in less than 500 words) observations from every country we visit.

People here are very laid back and the feeling is contagious! We managed to go three days without a cup of coffee didn’t seem to mind.

In the Mukono District, about an hour outside of Kampala, Uganda, we met Edward Mukiibi and Roger Serunjogi, coordinators of the Developing Innovations in School Cultivation (DISC) project. Edward, 23, and Roger, 22 are improving nutrition, environmental awareness and food traditions by establishing school gardens at preschool, day and boarding schools. By teaching kids early about growing, preparing, and eating food they hope to cultivate the next generation of farmers and eaters who can preserve Uganda’s culinary traditions. “If a person doesn’t know how to cook or prepare food, they don’t know how to eat,” says Edward.

One DISC student, 19 year-old Mary Naku, says she’s gained leadership and farming skills from the program. “As youth we have learned to grow fruits and vegetables,” she says, “to support our lives.” Thanks to DISC, students see agriculture as a way to make money, help their communities, and preserve biodiversity.

At the HIV/AIDS Resource Center in Katuna (on the border between Uganda and Rwanda and one of many towns along what is known as the Northern Transport Corridor-a span of highway that stretches from Mombasa, Kenya through Uganda, Rwanda, Burundi, Democratic Republic of the Congo, Sudan and all the way to Djibouti), we were introduced to the important work of the Solidarity Center and Uganda’s Amalgamated Transport and General Workers Union (ATGWU). The Solidarity Center is a non-profit launched by the American Federation of Labor and Congress of Industrial Organizations (AFL-CIO), to empower workers around the world by helping them form unions.

The Center  and ATGWU are working with truckers, who have some of the highest rates of HIV/AIDS in Eastern Africa due to the frequent and lengthy delays at the border which often lead to boredom, drinking and unsafe sex, by providing care, support and information through one-on-one or community group outreach. The Center also provides free testing for truck drivers, already more than 5,000 of them to date.

We would be remiss if we didn’t mention that Uganda, like most of the countries in Africa, is full of contradictions. While we were there, the “Bahati Bill” was introduced in parliament, calling for life in prison-and in some case the death penalty-for people found “guilty” of homosexual activity. As gay marriage laws are passed around the world, including most recently in Mexico City, it’s hard to believe that lawmakers would punish people for being gay or having HIV/AIDS.

But as we traveled we couldn’t help but immediately feel, and fall in love with, the pulse and energy of the bustling country.

If you enjoy our weekly diary we invite you to get involved:

1. Comment on our posts — we check for comments everyday and want to have a regular ongoing discussion with you.

3. Help keep our research going–If you know of any great projects or contacts in West Africa please connect us connect us by emailing, commenting or sending us a message on facebook. 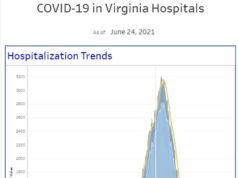