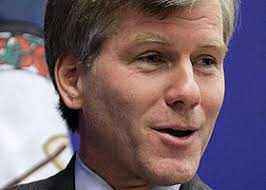 Wait, wasn’t Bob McDonnell supposed to be against stuff like this?

Virginia will receive nearly $59.8 million in federal funding from the United States Department of Education for use in improving some of the Commonwealth’s most consistently underperforming public schools. The funding was announced earlier today by U.S. Secretary of Education Arne Duncan. The money will come from the School Improvement Grants (SIG) program.

Speaking about the funding, Governor McDonnell noted, “I have often stated that a child’s educational opportunities should be determined by her intellect and work ethic, not her zip code. Every child in Virginia deserves the basic opportunity of a quality education. This funding will help allow us to improve and reform schools that have underperformed for far too long. Providing world class educational opportunities for all of Virginia’s children is a bipartisan goal that we are committed to achieving.”

But, but, but…isn’t this “socialism” or something? Isn’t federal funding – or anything by the federal government, for that matter – supposed to be a bad thing? So confusing.