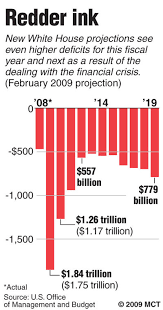 As always, the Republicans, rather than the Democrats, are establishing the issues for the 2010 campaigns, and so far two are emerging. Expect another huge, tiresome and perhaps violent uproar over health care, which may, however, burn itself out over the summer as a result of over-use during hearings on the new nominee to the Supreme Court, whoever that might be. Or, a black swan may trigger another flash point (immigration? volcano? Iran?)

The other firestorm will probably be the national debt and all that can go with it: both budget and trade deficits, the debt itself, inflation, entitlements like Social Security and Medicare, decline of the dollar, and so on. This is, in many ways, a far more serious challenge than health care because it is part of a broad philosophical attack on “big government” and has a compelling narrative to tell, one which is alarming, based on historical data and a well-established economic theory.  Moreover, Republican data and graphs have a “truthiness”convincing to many, including some economists. How so?

Conservatives and libertarians do not believe the recovery being touted by President Obama is real. They believe (with good reason) the true unemployment figure is pushing 17+ percent, higher even in some regions, pointing out that employers still keep shedding jobs, which offsets new job creation—- hardly a sign of recovery. They say seemingly hopeful statistics one month are revised downward the next month, or wiped out by declines later, just as, for example, the consumer credit rebound in January disappeared in February. They contend the recovery will collapse, and a second downleg to a deeper recession will begin. Not content with constant grumbling, they try to make this a self-fulfilling prophecy by hammering away at undermining the confidence of business and by destroying public trust through endlessly repeating their points, among which are:

*The Bush tax cuts are ending, so small businesses face higher taxes which means they cannot afford to hire workers;

*Real estate (usually a leading indicator) is not recovering, there are over 6 million more home foreclosures coming and

*Commercial real estate is heading into a bust as big or bigger than what we saw in residential, all of which will trigger

*Higher unemployment which will bring  the banking industry to its knees, according to a report from the impeccable Elizabeth Warren (Head of the Congressional Oversight Panel);

*Our trade deficit continues, we are not selling enough abroad so we borrow to pay for imports;

*We have to borrow to pay for our domestic expenses as well since tax receipts are down;

*Foreigners, previously eager to snap up our treasuries, have begun to shun buying them, so “unnamed” investors have bought them at recent auctions, which really means that the Fed itself is doing so;

*This effectively monetizes the debt, leading inevitably to inflation;

*Rating agencies have hinted they may lower America’s high credit rating, which means we will have to pay far higher interest rates, another expense we cannot afford;

*Foreign nations are beginning to default on their own sovereign debt, necessitating more bailouts which will adversely affect America’s economy; the fact that the dollar is the world’s reserve currency is the only reason we have been able to continue selling our treasuries so easily, and yet

*The dollar’s reign is coming to an end (China and Russia both are setting up non-dollar denominated international trade agreements), and this will be another factor forcing us to pay higher interest rates…. and all this is just for starters.

*Social Security, Medicare, Medicaid, veterans, and pensions are “contingent liabilities” amounting to about $108 trillion over and above the official national debt

*Add in state and local government debt of some $3 trillion, and our total, all-inclusive national debt is over $123.6 trillion

You can see the national debt clock for yourself: (http://www.usdebtclock.org/), When I checked it was over $12.797 trillion, or 89.3 percent of U.S. Gross Domestic Product. That is over $41,400 per person, or, more significantly, over $116,500 per taxpayer (many Americans do not pay any income tax, which galls libertarians no end—– neither do many companies, like GE, but that’s another story).

The conservatives also maintain that the health care bill results in immediate costs to both individuals and employers, and that any potential savings are smoke and mirrors, not even projected to show up for several years, if ever. The health care bill has no cost controls, they contend, and already the insurance companies are jacking up premiums because they will have to cover pre-existing conditions and they will need the money to do so. The GOP party line is that hitting employers and taxpayers with increased expenses at this point in the recession will just be another reason the recovery, “if it even exists,” will be aborted.

All this creates quite a narrative.  It is based on a mix of some real and some partially truncated facts, along with some (occasionally questionable or partial) statistics, and it leaves out other factors, so the picture is not complete…. But it sounds compelling, especially to average citizens, particularly when it is repeated endlessly by politicians, think tanks, self-appointed worryworts, and professional pessimists.

Every few years American politics cycles through another spasm of budget crises. I even remember President Harry S. Truman, a Democrat, once sent a national budget back to the Hill in the 1940’s after World War II  to be pared down; he said Congress wanted to spend too much money. We all know President Clinton, also a Democrat, was talked into forgoing campaign promises in order to create an actual budget surplus after the deliberate spending-plus-tax cuts of Reagan and Bush I, Republicans.

Now, ten years later, here comes another round of hysteria about the national debt.  Thanks to the profligacy of Bush II, also a Republican, the Clinton surplus was destroyed, and Obama, another Democrat, faced the necessity of dealing with an inherited, job-killing economic meltdown.  He had to continue Bush II’s bailout of the financial sector, and he then applied deficit spending as a Keynesian stimulus to jump start the collapsing economy.  The recent pattern here would seem to be that Republicans run up budget deficits while cutting taxes, then demand Democrats reduce said deficit—- and yet somehow the Democrats are the ones with the reputation of being the big spenders (who also raise taxes).

It is true that this time the Democrat Obama  had to create the stimulus, adding to the deficits handed to him by Bush II for the simple reason that there was no other way to save the economy from falling into the abyss.  Our overall economic position is by no means as solid as during earlier times of deficit financing, thanks in no small measure to ongoing globalization which eviscerated American jobs, and Bush II’s double war whammy plus an unpaid-for prescription benefit combined with his huge tax cuts for the wealthiest Americans.

Some commentators are even saying America is in a dangerous bind that undermines not just our power, but our democratic capitalist system.  Yes, the “real economy” on Main Street (versus the paper economy of Wall Street) has not yet recovered, our international trade deficit as well as our ability to finance such a huge national debt are being openly questioned, and the almighty dollar is clearly in a long-term downtrend. On cue, here comes high dudgeon about “bloated government, bloated spending, bloated deficits”…. not to mention angry attacks on Keynesian economics with its emergency deficit spending, coupled with frantic defenses of Friedman’s dogma of an unregulated “free market”—– the very dogma which brought us the global meltdown in the first place, remember.

The deficit hawks do indeed have a point, just not quite as overwhelming as they seem to believe (as we shall see). The national debt has, however, become a sturdy rallying cry for Republicans,  Blue Dog Democrats, and frightened voters who themselves are facing unheard-of levels of debt, bankruptcy, and bleak personal futures as a result. Why, they argue, should the federal government, bloated as it is, be any different from profligate individuals?  Besides, they cry, what about the kids? Won’t they be saddled with trying to pay the bloated interest on such enormous debt, much less trying to pay it off? “Damn Washington! Damn politicians! Damn Democrats for all this touchy, feely Big Spending! Taxed Enough Already! Roll it all back, dismantle the New Deal and Obamacare!”

The subtext or hidden motives for such an attack on the whole budget deficit-national debt ball of wax is the ironclad intention of the plutocrats finally to achieve at long last their greatest dream of wiping out everything FDR accomplished, indeed, everything Teddy Roosevelt and other populists accomplished during the 20th century, thus returning America to its first gilded age, the rip-roaring, unregulated years of plunder after the Civil War.  Today’s plutocrats, the corporatists of the mega, globalized corporations, and the clever manipulators of Wall Street’s hyper-complicated paper, believe everything is coming together in a perfect storm for them to achieve that dream, thanks to the present crisis (i.e., the financial meltdown and consequent, cruel global economic collapse—- which is not yet over, witness Greece, for example). We are in the middle of a classic Milton Friedman crisis, of “disaster capitalism” writ large. And, as others have said, “Never let a good crisis go to waste.”

Just how should Obama and the Democrats respond to the Republicans’ campaign themes for 2010? Especially, what about this deficit-debt assault, the “Double D” battle that conceals the treacherous agenda of the corporatists, which is, at bottom, to suck the democracy out of our system, leaving behind a shell of the republic, which they will then control completely—- an oligarchy of global plutocrats.