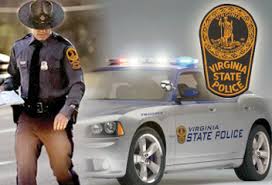 Is the McDonnell administration bullying and muzzling the Virginia State Police?  Based on this article, it sure looks like it.

Some tenured legislators raised their eyebrows during this year’s General Assembly session when a State Police official spoke in favor of raising speed limits to 70 mph on certain state highways. The agency had opposed it.

The shift in position followed instructions from Gov. Bob McDonnell’s administration to the law enforcement agency that a public endorsement was expected, according to a government source with knowledge of the conversations who spoke on the condition of anonymity.

Administration officials made it clear to the State Police that it was expected to back the speed limit change, which McDonnell supported, and remain silent on some gun measures, the source said. The State Police offered testimony on at least one gun proposal this year – defeated legislation to require criminal background checks on certain private gun sales – before being hushed on others, the source added.

Obviously, this is not good if true. I can just imagine the howls of outrage if a Democratic governor had done this. For its part, the State Police “declined to comment.” Hmmmm.

P.S. In other news, Bill Bolling seems to think that the Virginia National Guard are supposed to act as his travel agents, and possibly as his transportation back from Italy.  I dunno, but doesn’t it seem like the Virginia National Guard might have more important things to do than figuring out how Bill Bolling can fly through a volcanic ash cloud?

.@CunningCindy - Right-Wingers Say They Are a Sleeping Giant, Fully Awake to Take Back Their Country. Will You Let Them? https://bluevirginia.us/2021/07/right-wingers-say-they-are-a-sleeping-giant-fully-awake-to-take-back-their-country-will-you-let-