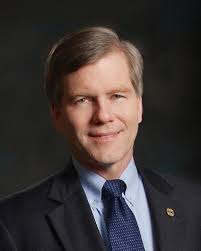 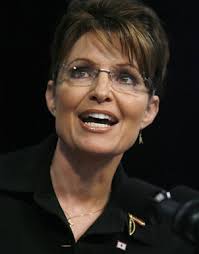 As NLS reports, Bob McDonnell issued a Christian Heritage Week proclamation back in March. I was looking for examples of such proclamations by governors in other states, and one that stood out was by none other than then-Gov. Sarah Palin of Alaska. I guess it’s not surprising that Bob McDonnell and Sarah Palin would be ideologically simpatico. Still, what jumped out for me was not just that these two proclamations were somewhat similar in tone or message, but that they are essentially identical!

Thus, they both contain the same quotes, in the same exact order, by: Benjamin Franklin (“It is impossible to build an empire…”), George Washington, (“animated alone by the pure spirit of Christianity…”), Thomas Jefferson (“Can the liberties of a nation be secure…”), James Madison (“the diffusion of the light of Christianity in our nation”), Patrick Henry (“Righteousness alone can exalt a nation, but sin is a disgrace to any people”), and George Mason (“That it is the mutual duty of all to practice Christian forbearance…”). McDonnell’s proclamation then concludes by essentially copying Palin’s language.

Palin’s proclamation: “Many truly great men and women of America, giants in the structuring of American history, were Christians of caliber and integrity who did not hesitate to express their faith.”)

McDonnell’s proclamation: “…many other truly great men and women of America, giants in the structuring of American history, were statesmen of the highest calibre and integrity who did not hesitate to express their religious convictions, principles and faith.”

That’s right, my fellow Virginians, our governor can’t even come up with his own talking points but needs to plagiarize Sarah Palin’s.  Sadly, McDonnell doesn’t just plagiarize Palin’s words, he also copies her extremist ideology. And that’s the real problem here.

UPDATE: Another “Christan Heritage Week” proclamation is in Michigan, but it’s totally different in content and tone.

UPDATE #2: Apparently, McDonnell’s proclamation is one of a series of these things, including Palin’s in 2008, pushed by America’s Christian Heritage Week, which “Argues that the United States should be recognized as a Christian nation.”  Is that even worse than if McDonnell had purely plagiarized from Palin?