Does this statement by BET billionaire Sheila Johnson,  a “Democrat” who nonetheless endorsed Bob McDonnell over Creigh Deeds last year, fall into the “better late than never” category or the “now she tells us” category?

I must condemn Governor McDonnell’s Proclamation honoring ‘Confederate History Month,’ and its insensitive disregard of Virginia’s complicated and painful history, the remnants of which many Virginians still wrestle with today. The complete omission of slavery from an official government document, which purports to be a call for Virginians to ‘understand’ and ‘study’ their history, is both academically flawed and personally offensive. If Virginians are to celebrate their ‘shared history,’ as this proclamation suggests, then the whole truth of this history must be recognized and not evaded.

Over on Facebook former Deeds strategist Mo Elleithee writes, “Note to Doug Wilder and Sheila Johnson: We all saw this coming last year. Where were you?” and “Glad to see this outrage from Sheila Johnson. Ironic, though, given her lack of remorse over her own offensive remarks last year.” Actually, I don’t think it’s “ironic” so much as it’s “too little too late.” But thanks anyway, Ms. Johson, now that McDonnell is busy ruining Virginia! 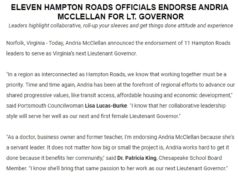 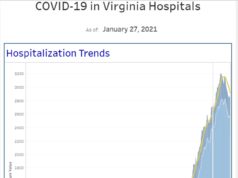