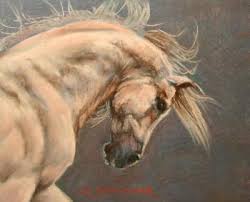 Much has been made recently of the many angers of the Tea Partyers, to wit: the swollen big federal government, taxes, the national deficit (both budget and trade), Second Amendment rights, states’ rights,  restoring the Real Constitution, President Obama’s socialist/fascist agenda with special fury reserved for the Health Care reform bill, and so on. Now there is another anger-trigger: anyone who implies that the Tea Party members and its many angers are in any way racist, or even slightly prejudiced. No, no, you elitists, the Tea Party’s anger is pure! “Give us our country back!” ” Restore the Constitution our Forefathers’ created!”

Closer examination reveals what is really going on under all the cacophony: almost all of these hot issues are in fact a stalking horse. A stalking horse, you will recall, originally meant a figure behind which a hunter stalked game, and came to mean something used to “mask a purpose,” or to hide the true objective. That is, a pretend goal or project which conceals the real objective; the pretend object can even create so much excitement and hysteria that it can convince not just outsiders but the participants it is a serious matter—- yet it still is a mask.

More than one observer has noticed how the Republican and Democratic Parties have exchanged places over the past generation when it comes to the South: those in a state of nostalgia for the vanished Southern agricultural way of life based on slavery (gone with the wind of the Civil War), those evangelicals awaiting the Second Coming which will restore them to their favored position of comfort and authority under God, those enamored with the social Darwinism of a muscular alpha male-dominant unregulated free market libertarianism, those who socially and politically go along to get along and want to retain their special position (like big frogs in small ponds), all those have taken their fantasies and migrated from the Democratic Party to the Republican Party— which welcomed them gleefully, and has relentlessly cultivated their new-found best friends.

If this seems harsh, just wait, there is more. Now, this is not to say there are not many charming and seemingly sincere and gentle people in this Republican migration—- some of them my own relatives, by the way. There is, however, a straight historical line from the politics of writing the Constitution in Philadelphia through the Civil War to today’s Tea Party.

Many of the delegates came to Philadelphia in 1787 with the express purpose of replacing the Articles of Confederation with a strong national government, among them Madison of Virginia, whose Virginia Plan he himself said was based on “the idea that the states should be nearly annihilated.” (p.285, A Leap in the Dark by John Ferling). This idea  ran into opposition from the small states, who fought against  representation based on population in a national legislature. Although many Northerners held slaves, it was the slave-holding states of the South that arrived with some non-negotiable demands to protect their “peculiar institution,” including counting slaves for purposes of representation based on population in order to secure power in the future legislature.

In the end the Great Compromise, which never used the actual word slave, created a bicameral legislature with a Senate in which states were given equal representation regardless of population thus satisfying small states, and a House where representation was apportioned based on population. Article I sec. 2 included in the population count three-fifths of  “all other persons” (i.e., slaves), thus confirming slave states’ power since the count applied not just to the legislature but  to the electoral college as well. Slave holders demanded and got even more: Article IV, Sec. 2 required fugitive “persons held to service or Labour” to be returned to their masters. Also, the national government was committed to helping a state to put down an insurrection (which could mean a slave insurrection), and the importation of slaves was not to be prohibited before 1808 (Article I, Sec. 9), nor was the slave trade to be subject to excessive taxation.

Without these clauses protecting slavery, it was obvious that no Southern State would have accepted the Constitution. That acceptance was ultimately based on the belief that the national government could never meddle with slavery because slavery was a matter subject only to state governments. There would have been no Constitution for the 13 states without protecting slavery; the emphasis on the powers of the states compared to the national government was an invention required by slave-holders to protect that peculiar institution.

When Tea Partyers clamor to return to the Constitution, believing the federal government has overstepped its bounds, they are in fact applauding devices intended originally to protect slavery.  Insistence on states’ rights always comes down actually to meaning the right of certain whites to maintain their privileges through local political control. Even today they do not in their hearts believe non-whites have the intelligence and skills to be anything more than low-level laborers, a permanent underclass of servants. States’ rights is the cover story, the stalking horse.

The belief that the Health Care bill is socialism is embedded in the Tea Party dogma, despite the fact the legislation actually promotes business for private insurance companies. Indeed, Tea Partyers and their Republican partisans accuse Obama wildly of socialism, Marxism, communism, Islamism, and being a complete radical. As it happens, Norman J. Ornstein, a notable conservative at The American Enterprise Institute, demolished these epithets in an article in The Washington Post on 14 April, calling them “frankly, bizarre.”  The individual mandate, he said, comes from the Heritage Foundation (a conservative think tank), and has many features of Republican Mitt Romney’s Massachusetts health care “crossed with the managed-competition bill proposed in 1994 by Republican Senators Chafee, Durenberger, Grassley, and Dole.” Ornstein’s conclusion: “This president is a mainstream, pragmatic moderate…. center-left, perhaps, but not left of center.”

So, if President Obama is clearly not a socialist, etc., but rather a mainstream American, why would Tea Partyers become apoplectic about him, calling him (as Newt Gingrich does), “the most radical president in American history,” and pretending that absolutely everything he does is socialism or worse? Insistence on smearing Obama as a socialist is a cover; they really want to call him a damned uppity n****r who is plotting to steal the rightful superior position of whites, taking away all their goodies and even their livelihood; besides, he is inferior because he is not “white.” Socialism, Islamism and so on are the cover story, the stalking horse.