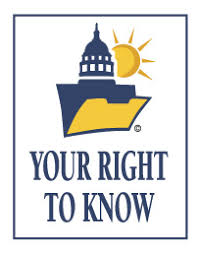 Why does Ken Cuccinelli hate opening the shades and letting the sun shine into his office?

Records that would document the time, resources and meetings involved in the lawsuit that the Virginia attorney general’s office filed against federal health-care legislation either don’t exist or are classified as confidential “working papers” of the agency, a ranking deputy said yesterday.

Stephen R. McCullough, senior appellate counsel for Attorney General Ken Cuccinelli, was responding to a request under the Virginia Freedom of Information Act filed by Democratic Party officials and several media outlets, including the Richmond Times-Dispatch.

Yesterday, Cuccinelli issued a release saying that the work of the suit was being done in-house and said costs would be minimal beyond the $350 fee to file the suit in U.S. District Court.

That’s right, Cooch is seriously claiming that a lawsuit, taking hundreds if not thousands of hours of lawyers’ time to prepare and argue, costs just $350. Of course, as we all know, lawsuits cost a lot of money. For instance, OJ Simpson spent $3-$6 million on his criminal case alone. Another case, this one by the state of Ohio to pursue a civil case against investment adviser Mark D. Lay, cost taxpayers $1.8 million. Yet Cooch claims his lawsuit against the federal government will cost Virginia taxpayers just $350. That’s not just absurdly false, it’s wildly insulting to the intelligence of Virginia residents. No wonder why Cooch hates sunshine.