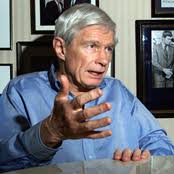 In 2006, Colbert King wrote an extensive op-ed piece about the past career of Fred Malek, the man Bob McDonnell has placed at the head his recently named committee to “streamline” Virginia government. The occasion for the renewed interest in Malek in 2006 was a discussion surrounding the return of major league baseball to the nation’s capital.

Several groups of investors wanted the opportunity to become the new owners of the franchise that was moved from Montreal to Washington. The ownership group put together by Malek lost out to a group led by Maryland real estate developer Theodore Lerner.

Many of us by now have heard how Malek, who was called the “enforcer” of the Nixon administration where he was the deputy undersecretary for management, obliged Richard Nixon with a count of the Jews at the Bureau of Labor Statistics. Nixon, surely our most paranoid president, thought “disloyal” Jews at BLS were undermining him by noting that a drop in the unemployment figure in 1971 might just be a statistical fluke. Since the comment was made by a man named Harold Goldstein, Nixon and his henchmen jumped to their anti-Semitic conclusion.

Enraged, Nixon demanded to know how many Jews worked at the agency. Fred Malek was tasked with the duty of uncovering the number of Jews at the agency and reporting back to Nixon.

Malek has stated many times that he regrets that action. I don’t question that. I wonder, however, if he regrets other things in his past as a Republican operative acting at the edge of legality, things like being deep in the Watergate slime.

Malek’s past includes a “responsiveness program”in 1972, a plan designed, organized and implemented by Malek to use grants, federal contracts, and even employment to further Richard Nixon’s reelection. Those who played along were rewarded, while others were punished. Malek was investigated by the Senate Watergate committee. His conflicting answers to questions about what he did back then came back to haunt him at 1982 hearings held on Ronald Reagan’s nomination of Malek to become a governor of the U.S. Postal Service.

A Republican-led Senate committee in 1982 refused to act on Malek’s nomination, citing the conflicting statements he had given to questions about the Nixon “responsiveness program.”

At those hearings, Sen. Carl Levin (D-MI) called Malek’s actions in 1972 “unethical, immoral and improper,” adding that Malek had led a “calculated, systematic effort” to sell government favors and to punish those who refused to go along with what the Nixon White House wanted in regard to the election in 1972.

For those who care about freedom of the press, you might also note that in 1971 Malek had ordered the FBI to investigate veteran CBS correspondent Daniel Schorr. Evidently, the Nixon administration was angry because Schorr had dared to criticize the president.

How about Malek’s activities in the last couple of years? Well, he was the financial manager of John McCain’s campaign in 2008. Plus, he became a vocal defender of Sarah Palin as people questioned her ability to be a national candidate. He even defended her decision to ditch her day job as governor of Alaska to become a highly-paid speaker and Fox News [sic] commentator. Malek has bacome one of Palin’s senior advisers.

Perhaps Bob McDonnell has become worried that his ticket mate, Ken Cuccinelli, was wrapping up the kookie vote too much and decided he should join him on the far-right edge of their flat earth. Thus, Virginia now has some sort of “cut government” committee led by a former Jew-counting, vicious “enforcer” of the Nixon White House and present apologist for Palin ignorance – who also happens to be a multi-millionaire private equity guy who donates to politicians. 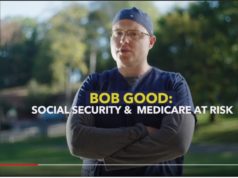 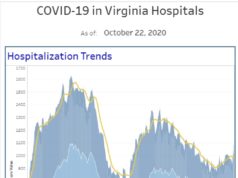