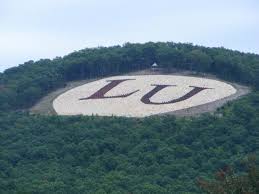 The recent municipal election in Lynchburg resulted in placing a far different group of city council members in power than Liberty University Chancellor Jerry Falwell, Jr., thought he could engineer.  The university, a far-right bastion of religious and political conservatism, had attempted to pressure the Lynchburg City Council to move the voting precinct for its students onto its campus, to the point of secretly recording a conversation between school officials and the mayor and city manager.

(How far-right is LU? Well, the speaker at their commencement this year is Glenn Beck, the crybaby clown who pretends to be a “commentator” on Faux News!)

For this election Liberty also conducted an on-campus voter registration drive, informed students that they were expected to vote, and provided buses to take them to their polling place. The expectation was that three Republicans could be elected and would then give Falwell enormous clout on city council since he has the student votes to control one city ward. Things didn’t turn out that way.

These same actions were behind the narrow defeat of Del. Shannon Valentine last November, so I suppose Falwell thought he could pull off another coup…Not this time.

Lynchburg has a modified ward electoral system, in which four seats are elected from wards and three are at-large. This election was for the three at-large seats

Mayor Joan Foster, who ran as an independent but was endorsed by the Lynchburg Democratic Committee, and incumbent council member Randy Foster, also endorsed by the Democrats, got the largest number of votes. They were joined in victory by lone Republican Hunsdon “H” Cary, a 30-year resident of the city and retired CEO of a large Lynchburg retirement community. Council thus retains a four-vote majority of Independents.

Combined with the Democratic sweep of three council seats in Roanoke, local Republicans may want to rethink their expectations of almost guaranteed electoral success for 2010.

The Liberty power grab was complicated by the entry into the race of a Liberty student, Brent Robertson, who identified himself as a Republican. Thus, four “Republicans” were vying for three open seats on council. Republicans blamed that for their poor showing. I don’t agree with that assessment at all because the Independents who had been endorsed by the Democratic Party also had a fourth Independent candidate in the race, J.P. Vaughn, a highly respected member of the community.

Voter turnout in Lynchburg was 32%, certainly much better than the 12% turnout in Roanoke, where a slate of three Democrats were elected out of a field of seven candidates, three of them Republicans.

While he lived, Jerry Falwell, Sr., was more careful not to throw around his political clout so blatantly, but his son, who somehow inherited the elder Falwell’s position as chancellor, is not so circumspect.

At least, this time Falwell’s desire for complete city control was thwarted by the voters.