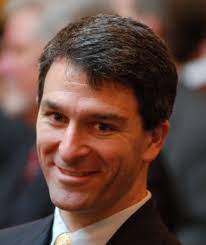 Great statement by Sen. Donald McEachin. I agree 100%, and look forward to the General Assembly passing legislation to rein in our out-of-control Attorney General.

Richmond- Senator A. Donald McEachin (D-Henrico) today issued a statement condemning Attorney General Cuccinelli’s harassment of the University of Virginia scientist, Professor Mann. Senator McEachin said, “This is not only ludicrous and frivolous, wasting more taxpayer dollars and trampling on academic freedom, but the Attorney General has deprived Mr. Mann of his constitutional rights. In this country, based on our Constitution, we have an adversarial system of justice that gives defendants certain rights. Those rights include the ability to ask the plaintiff for information, to file motions and, most importantly, to have a frivolous lawsuit quashed. However, because the Attorney General, who has sworn to uphold the Constitution and the Virginia Constitution, as he has frequently reminded us, has chosen to ignore and circumvent that system, Mr. Mann has lost those rights. If Attorney General Cuccinelli had filed this as a lawsuit and then issued subpoenas based on that lawsuit, Mr. Mann would be able to ask the judge to dismiss the lawsuit and, in the small likelihood it was not dismissed as ludicrous, Professor Mann could then file his own motions and request certain information from the Attorney General. If he can go after Professor Mann, then no Virginian is safe from the oppressive reach of the Attorney General’s strong arm and the invasive powers of his office.”

“Don’t misunderstand,” Senator McEachin continued. “I think this is a terrible abrogation of academic freedom and I strongly believe that research is necessary for our civilization to move forward. Not all research is ‘correct’, but for a hypothesis to either become a theory or to be disproved there must be research. Copernicus and Galileo also once found themselves under this kind of attack, where the powers that be did not believe or felt threatened by their research. I cannot and will not speculate on why the Attorney General feels threatened or uncomfortable about Professor Mann’s work, but I will stress that research is important and valuable.

We must allow science to move forward, to cure disease, to unlock new sources of energy, to create safeguards against natural disasters. Just this spring we have seen the importance of research for the health and safety of our communities. Research allowed scientists to know the extent of the ash cloud and where it was spreading, preventing potentially fatal airline crashes. Research is helping, albeit too slowly, cap the leaking oil in the Gulf and, hopefully, continued research will show us how to better manage an oil spill to protect human, animal and plant life. Even better would be research that develops alternative energies so we don’t need to be drilling offshore, risking our coastal communities.

Next Session of the General Assembly, I will introduce legislation to protect all Virginians. Professor Mann is this week’s victim; we don’t know who next week’s or next month’s will be. My legislation will mandate that the Attorney General must go to court and file a lawsuit to subpoena any Virginian’s records. Then and only then will the justice system we believe in and the Constitutional rights of Virginians be protected from the heavy-hand of the Attorney General.”