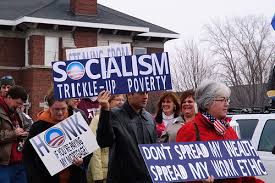 DNC Chair (and former Virginia governor) Tim Kaine issued the following statement following the defeat of Sen. Bob Bennett (R-UT) this weekend by Tea Party activists and others from the hard right who thought Bennett was not conservative enough.

By the way, Progressive Punch rates Bennett as the 81st most progressive U.S. Senator, not much different than Jon Kyl (#78), Orrin Hatch (#79), Sam Brownback (#82), Michael Enzi (#84), Jim Inhofe (#86) and Jim DeMint (#87). The point is, if Bob Bennett isn’t conservative enough for the Tea Party, then basically noone in the GOP is.  In short, the Tea Party appears to be the monster that could cause the GOP to self destruct. As the saying goes, if you play with matches, you’re likely to get burned…

P.S. Spelling note to Tim Kaine; it should be “reins” not “reigns.”

UPDATE: See Chris Cillizza’s article on the “Bob Bennett fallout.”  According to Cillizza, Bennett’s loss “sets off alarm bells across the chamber as Members contemplate their own fates.” Cillizza adds that this is “especially true on the Republican side where the rise of the Tea Party movement has put establishment politicians on notice.” Cillizza quotes Republican strategist Ed Rogers pointing to Bennett’s loss as “proof that the tea party movement is huge presence in the GOP organization.” I agree with Cillizza and Rogers on all these points.