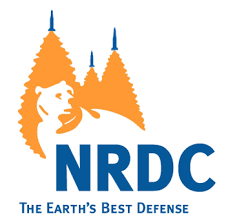 Courtesy of the Natural Resources Defense Council, this is excellent (albeit not surprising) news.

As Gulf Coast oil catastrophe continues to unfold, the Clean Energy Works campaign released a new poll by the Benenson Strategy Group today showing overwhelming public support for comprehensive clean energy legislation. The poll also found that the public is more likely to blame Congress for the oil spill than lobbyists or corporations. And, comprehensive clean energy legislation is likely to be an important electoral issue.

These findings come as Senators John Kerry and Joe Lieberman are expected to unveil new legislative text for a comprehensive clean energy and climate bill this week.

Among the topline findings of the poll are:

* Overall, 61% of 2010 voters support and just 31% oppose a bill that will limit pollution, invest in domestic energy sources and encourage companies to use and develop clean energy. It would do this in part by charging energy companies for carbon pollution in electricity or fuels like oil.

* When asked who they blame for our dependence on oil, voters are more likely to blame Washington politicians who are protecting special interests

that fund their campaigns (33%) than big oil companies and lobbyists trying to protect their profits (27%).

By almost two-to-one, voters agree that now is the time for Senators to act:

o 59% of voters agree that “Now is the time for Senators to take action. Oil companies and lobbyists have fought energy reform for decades to protect their profits. Our dependence on oil hurts our economy, helps our enemies and puts our security at risk. It’s time to put America back in control with clean energy that’s made in America and works for America.”

The poll was conducted nationally between May 4-5, 2010 among 650 registered voters.

You can see additional findings from the poll here.

VA01 Dem @QasimRashid calls out Rep. Rob Wittman (R-VA01)'s "stunning hypocrisy" on the Supreme Court. In 2016 - Wittman said do NOT confirm a new SCOTUS nominee close to an election; in 2020 - DO confirm a new SCOTUS nominee much closer to an election! https://bluevirginia.us/2020/10/tuesday-news-americas-third-covid-19-surge-is-here-barretts-confirmation-is-proof-that-norms-are-dead-how-an-anti-democratic-constitution-gave-us-amy-coney-barrett#comment-5127057113