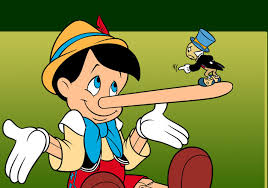 And in the latest installment of the Republican Party of Virginia (RPV)’s battle with the truth, we’ve got this gem:

“Voters in the 5th and 9th Districts need to know if Democrat Reps. Rick Boucher and Tom Perriello were among the hundreds of Democrats who leaped to their feet to applaud gun control while a leader from a foreign nation scolded the American people for upholding the rights secured to us by our Constitution,” said party Chairman Pat Mullins in announcing the new commercials.

Sensing a blockbuster investigative opportunity, the Ticket did its due diligence and called both offices (as requested by the commercials and the party chair) to find out if they gave Calderon a standing O.

The suspense lasted for about 30 seconds.  Nope.

Making it even less suspenseful and infinitely more boring, neither congressman were even there.  Yawn.

So, caught in an outright falsehood (aka, “lie”), did RPV Chairman Pat Mullins pull the ad and apologize, like any normal person would do?  No way! Instead, RPV communications director J. Garren Shipley doubled down, claiming that Boucher and Perriello should have “publicly condemned” this speech…which they didn’t attend or hear. Using that “logic,” apparently we can now start demanding that Virginia Republicans “publicly condemn” speeches they didn’t hear as well. This could be fun.

Who the hell even knows what's going on with the @VA_GOP, but we can see one of the reasons why they keep losing elections in Virginia...they are deeply divided and can't make a decision to save their lives https://bluevirginia.us/2021/01/video-as-va-gop-argues-endlessly-over-its-method-of-nomination-state-central-committee-member-complains-about-the-vicious-incivility-and-attacks-that-have-been-coming-from-one-side#comment-5239202246 h/t @Jaaavis