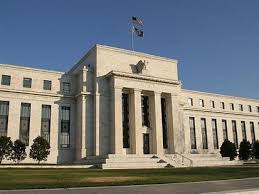 The New York Times reports that the U.S. Senate, earlier today, “voted unanimously to require a one-time audit of the Federal Reserve’s emergency actions during and after the 2008 financial crisis as part of broad legislation overhauling the nation’s financial regulatory system.”  That vote was 96-0, with both Mark Warner and Jim Webb voting “yea.”

Personally, I would have voted “yea” on the limited, one-time audit, but “nay” on the more open-ended one. I most certainly don’t want anything done that would interfere with the Federal Reserve’s independence, I don’t want any fishing expeditions, and I absolutely do NOT want Congress micromanaging U.S. monetary policy. What a nightmare that would be; shudddddddddder.