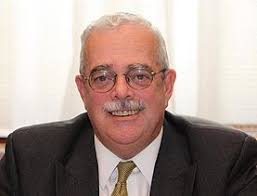 Yesterday, four Congressmen – Rush Holt of New Jersey, Jared Polis of Colorado, Earl Blumenauer of Oregon, and Gerry Connolly of Virginia – spoke for  60 minutes in the House of Representatives on the “oil spill disaster” in the Gulf of Mexico.  Here are a few key points by Rep. Connolly. I strongly recommend that everyone read this, because it absolutely nails both the diagnosis of what caused this disaster and the potential risks to more, mindless “drill, baby, drill” here in Virginia and nationally.  Good work on this one by Rep. Connolly!

*The “thick oil spill” – let alone the overall surface oil spill – is so large, it would spread from “Dale City near Manassas in Prince William County and [go] as far as Wilmington, Delaware.”

*”This oil spill could have been prevented.”

*”The 2009 Government Accountability Office report said that during the previous administration categorical exclusions were issued far too frequently and it could lead to serious problems. Well, indeed, it did.”

*The Dulles rail project “had to go through a 2-year environmental review that cost millions of dollars of taxpayer-funded money for a public project. But ironically, a private oil rig in the Gulf of Mexico was excluded from that process. It didn’t have to do it.”

*”…we consciously decide[d] during the Bush administration and by previous Congresses, frankly controlled by our friends on the other side, consciously to exclude such oil drilling from the regular environmental review that could have detected problems…”

*”If this well, this Deepwater Horizon well, had predrilled such relief wells, it would have allowed the closing of the leak weeks ago, but they weren’t required to do so.”

*We’ve lost billions of dollars in fishing, tourism, all put “at risk for a mindless, ‘drill, Baby, drill’ approach…”

*”This happened by virtue of a conscious decision, by Congress’ control, by our friends on the other side, and by the Bush administration to find all kinds of waivers and exemptions from normal regulatory review and from simple commonsense protections in the event something did go wrong, all at the altar of oil exploration and fossil fuel energy dependence, quite frankly. It could have been prevented and it could have been mitigated.”

*Offshore oil drilling in Virginia also “threatens the presence of the United States Navy in Virginia, terribly important in terms of military investment in the Commonwealth of Virginia.”

*In stark contrast, “For all of the sturm und drang in my State about whether we should drill, baby, drill off the shores of Virginia, the entire estimate of reserves, maximum, off the shore of Virginia, with the largest coastline, barrier island coastline on the east coast, is the equivalent of no more than 6 days of oil supply.”

*”The consequences of that philosophy of unrestricted oil drilling, irrespective of the environmental concerns, irrespective of the need for reasonable and prudent regulatory oversight to protect the public from precisely this kind of unmitigated disaster, have now actually happened because a whole bunch of people in a position to know better put oil ahead of everything else, including the public interests.”