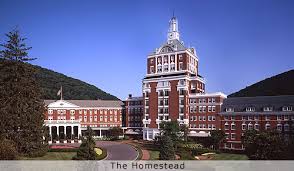 I’ve already given my reasons why I think NLS’ “The Homestead” story matters. Now, one of the people I respect the most in Virginia politics, Sen. Chap Petersen (D-34th), has weighed in with his thoughts as well. Chap’s main points are:

*He doesn’t believe The Homestead is “a precise fit (to put it mildly) with the Democratic brand which is giving a voice to working people.”

*He “largely agree[s] with the criticisms” made “on the liberal blogs” (note: do we ever see criticism of Republican schmoozefests with corporate lobbyists on the Republican blogs?  Hmmmm.)

*Finally, Chap repeats his call to reform Virginia’s lax campaign finance “laws that permit unlimited donations, both personal and corporate.” Unfortunately, Chap points out, as long as the system remains intact, he has little choice but to operate within it. Which is exactly why we need reform, such as a system of public financing, for our electoral process. In short, we need to separate our elected officials from the powerful and the wealthy, so that they respond proportionally more to the “regular people” rather than those who can afford to buy access.  Even if there are many good politicians, like Chap Petersen and Donald McEachin out there, who are ethical despite the system, that doesn’t mean everyone else is like Chap and Donald.  Regardless, we should change the system so that we get rid of even the appearance of impropriety.  We should do this, but I’m not holding my breath that we will, at least anytime soon, in Virginia. Sigh.