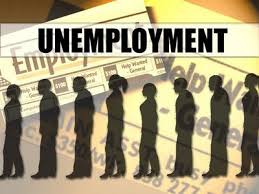 I suspect that the Republican Party may have just made a very serious mistake.

You may or may have not noticed, but there’s been a pretty serious downturn in our nation’s economy over the course of the last couple of years.  A lot of Americans have lost their jobs and are on the verge of losing their homes . . . and, well pretty much everything.

Now broadly speaking, are there–from a politicial point of view–two responses to this crisis.  Broadly speaking, the Democratic Party believes we are all in this together and the government ought to offer some modest help to those who are in trouble.  The Republican Party thinks that we are not all in this together and they oppose any government help to anyone–especially unemployment payments.

The reality seems to be very different.  It seems that unemployment cuts across all political philosophies without discriminating.  Now, the Republican Party has just screwed over nearly every unemployed person in the United States–screwed them over deliberately and in the cruelest terms–and in doing so they have managed to screw over a huge number of Republican base voters.

I have never, in my entire life, met a homeless libertarian–or a homeless Republican, for that matter.  They all seem to quit the conservative movement for some reason shortly after they become homeless.

There’s a diary at Daily Kos that you should read, most especially if you are a Republican.  The name of the diary is “WSJ-Republican Voices who just lost their Unemployment Benefits“: it’s pretty amazing what these folks have to say about the Grand Old Party.

Update: Bob Cesca chimes in with “Listen All Y’all, It’s a Republican Sabotage.”

Comments by Sen. @timkaine, @RepWexton Rep. @GerryConnolly on the tribute today for Officer Billy Evans, a "VA resident who was killed protecting our Capitol" https://bluevirginia.us/2021/04/tuesday-news-we-are-living-in-a-climate-emergency-and-were-going-to-say-so-doctor-says-george-floyd-had-exceptionally-strong-heart-daunte-wrights-deat#comment-5341278153