The Sherrod story has achieved an intended effect. It has hardened one base being played. It has emboldened the uninformed to display their often closely guarded colors. It is giving comfort to the right wingnuts in their efforts capture their own minority without being called out. And our side helped.

Can’t be certain why, and maybe this was purely coincidental, but the stars and bars were boldly displayed in the Virginia Beach Town Center last evening at the busiest intersection in the city. Looks like the discussion Eric Holder said we were too timid to have is occurring but it is neither the type of discussion nor the between whom he envisioned.

Frankly, this might not work out that well for the right. The uninformed are not all racists. In fact, the number of racists in America who will act on their prejudices may be disappointingly low for the baiters. However, the struggle will be to provide a motivation to those who would reject the baiting that can match the power of fear, hate, and loathing. A little leadership and candor would be a good start. Else the right will keep us in this ditch. 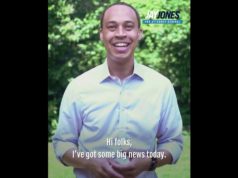 “The only safe option [for school this fall] is 100% virtual, until our numbers improve”

The R**skins use the racist name even in their press release announcing the demise of said name. https://bluevirginia.us/2020/07/monday-news-white-house-seeks-to-discredit-fauci-amid-coronavirus-surge-american-horror-starring-donald-trump-virus-outbreak-reshapes-presidential-race-in-sun-belt-washington-nfl-team#comment-4990249326