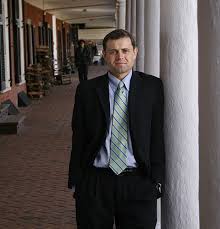 From the most excellent Congressman Tom Perriello (D-5th, VA). yet another example of why he should be (easily) reelected in November. Go Tom!

July 6, 2010-Ferrum, VA-Today at Ferrum College, Congressman Tom Perriello unveiled a progress report on the one-year anniversary of his “energy independence” blueprint, showing achievements in nearly every category. A year ago, also in Franklin County, he introduced a plan, “New Energy for the Fifth District: A Blueprint for Putting Southside and Central Virginia at the Forefront of the Clean Energy Economy,” which laid out the reasons, and steps necessary, to make Southside and Central Virginia the leader of the new energy economy.

One year later, significant progress has been made on nearly every stated objective. Today, Perriello released the progress report, an accompanying online map, and a news round-up that reflects these accomplishments and actions that will help rebuild the economy of Southside and Central Virginia.

“We’ve taken huge steps towards establishing Central and Southern Virginia as a leader in the clean energy economy,” said Perriello. “When we created this energy blueprint a year ago, I couldn’t have imagined the strides we would make in just one year. The progress we’ve achieved signifies that the 5th district of Virginia is ready to lead in this economic sector and I look forward to continuing our work to create new jobs in this promising industry.”

Among the accomplishments listed in the report are:

·         824 homes were weatherized, reducing consumption of utilities and utility bills.

·         991 families across the district received rebates to make efficiency upgrades to their homes.

·         $16 million was secured to connect 121 schools in Central Virginia to high-speed internet service.

·         The Institute for Advance Learning and Research in Danville/Pittsylvania County received over $500,000 to find the best crops for biodiesel production.

·         VanDerHyde Dairy received federal grants and loans to construct a digester that will turn manure into enough electricity to power the Town of Chatham.

Today’s event was held at Ferrum College, which is currently seeking a federal grant with the assistance of Perriello, to expand their farm-to-table initiative. Support for locally grown foods is one of the action items of the New Energy Blueprint.

Seriously, w/political "journalism" like this trash, why even have political "journalism?" God. Awful. As for the question, "Is Glenn of presidential timber?", the obvious answer is "HELL NO!" Also gotta love the quote by extremist Newt Gingrich. Abysmal. https://bluevirginia.us/2022/09/tuesday-news-putins-debacle-is-breaking-his-country-and-he-might-pay-the-price-hurricane-ians-forecast-shows-the-impact-of-a-changed-climate-manchin-faces-make-or-bre#comment-5997821965