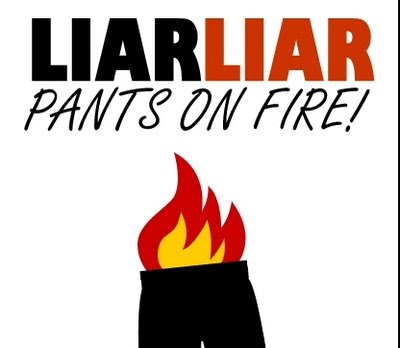 Bob McDonnell has told us, via the Washington Post, that he does not think “his proposal to privatize the state’s 332 liquor stores will result in an increase in car crashes, crime or consumption.”

Here’s an earlier McDonnell Fox-News-like distortion of the truth by fact-invention, as reported in the Post: “All the data shows there is no difference in drunk driving or crime whatsoever between control states and between privatized states,” McDonnell said on his monthly call-in show on WNIS-Norfolk. “There are only 18 states that only have the government monopoly on the distribution of alcohol, but not beer or wine and Virginia’s one of them. I think it’s a vestige of the past.”

“All the data” shows the exact opposite of what McDonnell asserted.

McDonnell also said last week in an interview with The Washington Post that he does not think that Virginians will drink more alcohol if the state allows private companies to open a total of 800+ hard liquor stores. That is simply his opinion because data shows that drinking does go up substantially after states end their monopoly.

Actual facts from scientifically done studies completely refute McDonnell’s assertions regarding the correlation between alcohol outlets and drinking-related social problems. I realize that the Commonwealth already has very loosely regulated sale of beer and wine, to the extent that my own pharmacy, which should exist to dispense medicine and personal care products, now also sells wine and beer.

However, why should we Virginians now acquiesce to a plan lusted after by the alcohol industry that would add at least three times as many places for people to buy hard liquor, a plan that would cost the general Fund many millions of dollars? Below are some real statistics of the damage done by increasing the places where alcohol is sold.

The Marin Institute, keeps track of the alcohol industry and its marketing practices.

“The Marin Institute fights to protect the public from the impact of the alcohol industry’s negative practices. We monitor and expose the alcohol industry’s harmful actions related to products, promotions, and social influence, and we support communities in their efforts to reject these damaging activities.”

Facts gathered by the Marin Institute include:

1. States with spirits retail monopolies have a lower prevalence of drinking and binge drinking among citizens between the ages of 12 and 25 years old. (Atlantic Economic Journal. 2008; 36:89-104.)

2. The consumption of alcohol is higher in privatized jurisdictions. (Contemporary Drug Problems. Summer 2003:293-322.

3. A task force review of 17 alcohol studies found that after privatization, alcohol sales increased by an average of 42%. (American Journal of Preventative Medicine 2009;37(6):556-9.)

Bob McDonnell says he “doesn’t think” alcohol consumption and alcohol-related problems will increase if he gets his way and privatizes alcohol sales. According to the Marin Institute, the following organizations disagree with him: the World Health Organization, the European Union, the U.S. Surgeon General’s Workshop on Drunk Driving and the Centers for Disease Control and Prevention’s Taskforce on Community Preventative Services .

All those groups say that reducing the number of alcohol outlets is an effective tool to reduce alcohol-related deaths and social problems. Now, I ask you, who should we believe? Governor Wimpy or people who know what they are talking about?

Video: Sen. Mark Warner Says We Need to Do *BOTH* the $579 Billion Bipartisan Infrastructure Package and *ALSO* a Reconciliation Package with Democrats-Only Support