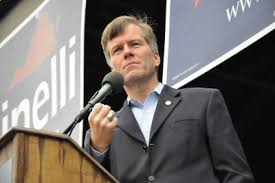 I’ve made this point before, and Eric Cantor of all people has admitted it, but the Roanoke Times makes the point even better in its Friday morning editorial.

That’s a lot of fuss over a surplus that really isn’t. As we’ve mentioned before, if you take away accounting tricks and a couple of hundred million dollars in deferred payments to Virginia’s retirement system, the surplus goes up in a puff of smoke.

That didn’t stop McDonnell from bragging — though to his credit he usually acknowledges that the spending cuts that brought the budget into balance were the result of bipartisan effort. What he and his conservative adulators don’t mention, unless they absolutely have to, is that the cuts would have been far more massive and painful if not for the $2.5 billion or so Virginia got from the federal stimulus.

So, how long is the corporate media – other than the Roanoke Times and a few others – going to keep giving McDonnell credit for something he didn’t do (supposedly creating a “budget surplus”), “cashing billions of dollars in checks from the federal government” he claimed he was philosophically opposed to, not to mention raiding the Virginia Retirement System? Oh, and when is the corporate media going to ask him about his campaign promises to provide a gusher of revenues from oil drilling and the sale of ABC stores, neither one of which is likely to produce a penny for Virginia’s coffers during McDonnell’s 4 years in office?  Oh yeah, and when are they going to finally figure out that McDonnell isn’t “moderate” in any way, but basically Ken Cuccinelli’s reasonable-sounding doppelganger? In sum, when is the corporate media  – the Roanoke Times and a few others excluded – going to point out to their (diminishing number of) readers that the emperor has no clothes?