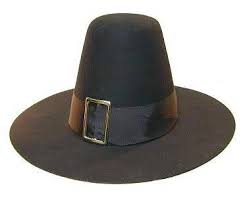 In what promises to be a 21st Centruy version of the historic witch hunt, Virginia’s pretend AG keeps doubling down on his wrongfulness.

Cooch’s persistence in savaging the career of a former University of Virginia scientist is almost unprecedented. I say almost because there have been university political witch hunts before, for instance in the decades-old attempted routing of Howard Zinn from Boston University .  In this case, however, the former faculty member wasn’t even controversial.  His research had aligned with that of thousands of his colleagues around the country and the world.

Now the Union of Concerned Scientists(UCS) has weighed in over our embarrassingly ignorant AG.  The Cooch keeps making stupid errors.  But stupid is as stupid does.  And his spouting of empty creationist propagandistic terms does not a scientific argument make.

The UCS lists some of the errors Cooch has made:

2. Cuccinelli misrepresents the nature of the U.N. Intergovernmental Panel on Climate Change. (page 3).

3. Cuccinelli falsely maintains that climate scientists are primarily motivated by money, and suggests they are skewing their research results to attract grants. He also fails to take into account the self-correcting nature of scientific review. (page 4)

4. Cuccinelli exaggerates the importance of the hockey stick, implying that it provides the rationale for laws that would require emissions reductions. He falsely claims that if natural variations in past climates were no greater than warming measured today, there is no reason to worry about climate change. Further, his filing argues against climate policy, an issue that has no bearing on this particular case. (page 4)

5. Cuccinelli cites a paper (by Soon and Baliunas) that criticized the hockey stick, but fails to cite a response by Mann et al. refuting that paper’s conclusions or the unusual circumstances under which the paper was published. (page 5)

There’s much more from the UCS.  You can get the discussion of the remaining errors in the above linked article.

Previously, The Daily Progress ran an article up on the Cooch.  If you are interested, the paper’s website also has the court filings by both sides.

The man can’t find the truth if it smacked him upside the head.  And he doesn’t want to anyway. Cooch has decreed that academic freedom does not shield from fraud probe.  How bout innocence?  There is no fraud!  How many times must it be said, or determined by multiple investigations?  Never mind.

The whole brouhaha has unraveled and yet Cooch persists wasting taxpayers’ money (while pretending he isn’t).  The Teabagger Jug Head AG has a political agenda and it’s about savaging for political gain academics, whose findings he does not like.  How bout an investigation into that?

Meanwhile, the asleep-at-the-switch voters snore on.  (They awoke long enough to purportedly give Mickey D a big thumbs up –for doing absolutely nothing, except magic tricks with the budget.) It is past time Virginians wake up.