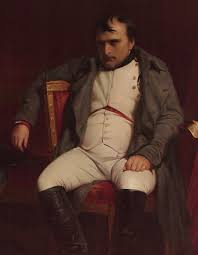 Jeff Schapiro of the Richmond Times Dispatch has a piece up today entitled “Schapiro: ABC as McDonnell’s political hangover.”  Here’s a little of what Schapiro has to say about Bob McDonnell’s ABC debacle:

He has tried to have it both ways, peddling a shift to private liquor sales as a means toward shrinking the Virginia bureaucracy and producing more cash for the state.

Now McDonnell’s gambit is hung up. It could be next year, rather than next month, before it’s considered by legislators.

And he’s hung over. Privatization, endorsed Monday by his hand-picked commission recommending ways to cut the size and cost of government, is producing only headaches, causing tension with allies and even more with adversaries.

A few months ago, people were talking about the vice presidency or even the presidency for Bob McDonnell, but not anymore.  His nice-guy image has been tarnished by what appears to be a rather obvious attempt to cheat the people of Virginia–an attempt to sell our liquor stores for less than a tenth of what they are worth.

Not only that, but it has revealed McDonnell as someone who can’t get things done.  Fixing Virginia’s roads is easy: all you have to do is raise the sales tax on gasoline a few cents a gallon and you are done, you can declare success and go home.  A tax on gas would fall directly on the people and businesses who use–and often abuse–the commonwealth’s roads.  The more gas you use, the more you use the roads, and the more taxes you would pay.

But instead of this simple, direct means of imposing what amounts to a users’ fee on the drivers of the commonwealth, McDonnell has chosen to construct what has been called a “Rube Goldberg” contraption that robs Virginia’s taxpayers and leaves them with a significant hole in future budgets while transferring state property to McDonnell’s political supporters for a pittance.  McDonnell has forever damaged his own image of personal honesty and good government.

With no plan for transportation and with his personal reputation in tatters, Bob McDonnell faces a bleak future.  Ken Cuccinelli has stolen much of the attention on the far right, and McDonnell looks increasingly like a small time political operator who can’t even make his crooked little schemes work.

Crossposted from the Richmonder.

Let's get this going already; there needs to be a full investigation and ACCOUNTABILITY for anyone/everyone involved in planning, directing, funding, participating in, etc. the 1/6/21 insurrection https://bluevirginia.us/2021/06/sunday-news-biden-causes-sighs-of-relief-among-world-leaders-even-as-g7-divisions-linger-israel-to-vote-on-fragile-coalition-to-end-netanyahu-reign-theres-no-escape-from-holding-trump-a#comment-5418271142 h/t @RepRiggleman