There’s been a great deal of discussion about Rahm Emanuel, and a lot of strong feelings. In the end, I have mixed feelings myself. As a progressive, of course I wish that Emanuel had pushed through Congress all the things I care about, from a “public option” to a strong, clean energy and climate bill, to comprehensive immigration reform, to a full repeal of “Don’t Ask Don’t Tell,” etc., etc. On the other hand, I don’t believe that Emanuel was some sort of supernatural being who could singlehandedly/miraculously overcome the entrenched special interest groups, the implacable hostility of Republicans (and their desire, from before Day #1, for President Obama “to fail”), the de facto 60-vote requirement to pass anything through the Senate, and many other obstacles in his way.  I also don’t believe that Emanuel was some sort of closet conservadem; in fact, Emanuel’s record as a Congressman was highly progressive: a 100% rating by Citizens for Tax Justice; a 100% rating by NARAL; a 100% rating by the Human Rights Campaign; an “F” by the NRA; a 95% rating by the League of Conservation Voters; just for a few examples. So, let’s put to rest the concept that Rahm Emanuel wasn’t a strong progressive; by almost any score, he was.

Another point that needs to be made is very simple: Rahm Emanuel was hired by, and had the full support of, President Obama. So, if you don’t like Emanuel’s performance as White House Chief of Staff, you’re probably not a big fan of Obama’s performance as President either.  On the left, there’s certainly discontent, and I fully understand why that is the case.  However, in the end, I don’t particularly agree with my fellow progressive activists when it comes to Emanuel. Yes, I think the White House should have realized more quickly that Republicans had no intention of cooperating with them and pivoted away from their fruitless, bipartisan approach. However, the fact is that Barack Obama’s rise to national prominence was largely the result of a superb speech in which he talked about America as not being “red” or “blue.” So, that’s an integral part of who Obama is – a unifier, a community organizer, someone who brings people together and seeks consensus, definitely not a rigid ideologue.  And no, that doesn’t mean that Obama’s not progressive, just that he’s also a pragmatist.

In the end, I believe the main irritant between progressive activists and the White House – Rahm et al – has really been between the “raised expectations” gap between the lofty rhetoric and high hopes of the Obama campaign on the one hand, and the dirty sausage-making reality of Washington, DC.  The latter is what Obama brought Rahm Emanuel in to deal with, and we can debate whether he could have made better sausage or not. Yet, there’s no denying that the Obama administration’s accomplishments have been significant, from the creating or saving millions of jobs, to preventing a second Great Depression, to massive investment in clean energy and other important infrastructure, to financial reforms, to education reforms, to revamping and “resetting” our foreign policy (including phasing out of Iraq), to health reform which does away with many of the worst abuses of the insurance industry and provides access to coverage for tens of millions of uninsured Americans, and much more. If progressive activists are going to criticize Rahm Emanuel for not doing even more, that’s fine, but they should at least give him credit – and give President Obama credit – for what the great deal they have accomplished, in the face of monolithic Republican opposition and the powerful, entrenched special interests we all know and love so much.

Now, lest everyone think I see no wrong with Rahm Emanuel, let me just say that I definitely disapprove of the language he used about progressive activists, and more importantly, the condescending attitude this language indicated.  That was uncalled for. Having said that, this is politics for high stakes, and that’s a rough business, so we all need to have thick skins and cope with it. I mean, yeah, Rahm called us bad names one time (or probably more), and many progressive activists did the same to him, which leaves us…even, I’d say. Anyway, time to move on.

With that, I wish Rahm Emanuel well and wish  incoming White House Chief of Staff Pete Rouse the best of luck.  Given the mood in this country right now, combined with the likelihood of even more “Party of No” members starting in January 2011, something tells me he’ll need it. 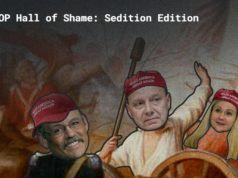