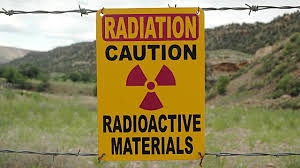 In spite of Dick Saslaw’s demoralizing and defeatist comment about not wanting to “waste our money” competing for Robert Hurt’s Senate seat, Democrats now have a candidate.

Henry A. “Hank” Davis Jr., the chairman of the Pittsylvania County Board of Supervisors, is expected to announce his candidacy for the 19th District Virginia Senate seat Friday during a series of four stops in the sprawling three-county district.

I don’t know anything about Mr. Davis, but NotAndySere has some interesting thoughts about Virginia Uranium’s attempts to “[purchase] a State Senate seat,” possibly because Davis is apparently an opponent of uranium mining? Fascinating.

VA Del. Lee Carter, a self-described socialist who is likely going to run for the Democratic nomination for governor in 2021, calls for reparations https://bluevirginia.us/2020/11/monday-news-astra-oxford-vaccine-prevents-average-of-70-of-covid-cases-biden-chooses-antony-blinken-defender-of-global-alliances-as-secretary-of-state-trump-is-running-out-of-time-as-ke#comment-5162781638