“There must be this whole school where they teach you to just kind of run around and not notice anything. They sit you down, show you a film of the rubout scene from The St. Valentine’s Day Massacre, and if you don’t see anything illegal going on, you’re hired.”

The Energy Star program helps make sure your appliances use less electricity to do the same job, saving millions of Americans money. The U.S. House Republican Study Committee budget plan cries foul, targeting the program for a $52 million budget cut.

But the $36.5 billion dollars in subsidies the federal budget doles out over the next decade to oil & gas companies, which are already making massive profits off rising gas prices? The GOP doesn’t see anything wrong with that – Big Oil’s pork is protected by that House GOP budget blueprint.

It’s a similar story here in Virginia. While Attorney General Ken Cuccinelli jokes about global warming, he sees nothing wrong with blowing billions on job-burning coal plants. It’s no surprise that Cuccinelli’s top donor, the Republican State Leadership Committee, is fueled by oil, with Devon Energy & Exxon Mobil among its leading contributors.

And let’s not forget George Allen, whose willingness to look the other way for Big Oil’s benefit makes George W. Bush look as fair-minded as Judge Mills Lane by comparison. Allen refuses to even admit America has a problem with imported oil, saying Bush was wrong to call out our addiction. Of course, it’s not the glare off his designer boots that’s blinding him – George Allen has been on Big Oil’s payroll for years.

But now President Obama has laid out an energy policy that sounds like it was designed by rank & file Republicans – calling for development of not just clean energy but natural gas, nuclear & even coal, if it can clean up its act. Can GOP leadership keep running around pretending to not notice gas creeping back to $4 a gallon? 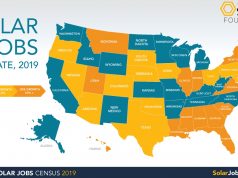