The ever-entertaining State Senate Majority Leader, Dick Saslaw, was just on the Kojo Nnamdi Show, and he had some interesting things to say on a number of topics. But first, with regard to the U.S. Senate seat being vacated by Jim Webb, Saslaw made a strong case for Kaine – he’s never lost an election, he’s “one of the brightest people I’ve ever met” – but also asserted that there’s a “big dropoff from Tim to the next guy.” I’m sure many of us here at Blue Virginia, including the strong majority who voted for Tom Perriello in our blog poll to be the Democratic nominee, would disagree with that statement.

In other news, Saslaw commented on the redistricting process, asserting confidently, “If I lose a few seats and I’m in the majority, then I’m not doing a very good job.” Also, according to Saslaw, the House of Delegates will do their thing, the Senate will do its thing, and neither will interfere with the other one. Finally, Saslaw stated that, while his goal is to strengthen Democratic districts, he’s not “greedy” and isn’t going to act like Republicans did 10 years ago.

On legislation restricting abortion clinics that passed the State Senate, Saslaw admitted that it did indeed catch him “unawares.” However, Saslaw noted that he’s stopped something like 80 anti-abortion bills over the years, so 1 slipping through is “not a bad batting average.” Saslaw also stated his belief that this legislation is unconstitutional, and believes and injunction will be sought immediately in the 4th Circuit Court.

On the controversial title loan lending legislation that passed the General Assembly this year, Saslaw said there’s no way we’re going to outlaw lending, that we’ve already got “open-ended credit” in Virginia, and that he’s worked in the past to bring down interest rates on payday loans. Saslaw added that there’s only so much we can do to protect people from “entering into a foolish agreement.” And Saslaw strong refuted the charge that his support of this legislation had something to do with campaign contributions from the lending industry. Responding to a call-in question from Del. Glenn Oder (R-Newport News), Saslaw told him not to throw stones in glass houses.

Finally, on the transportation funding package passed this session, Saslaw said that $3.2 billion of the $4.3 billion in borrowing would have happened anyway, per the 2007 transportation package signed by Tim Kaine. According to Saslaw, what the General Assembly did by passing Bob McDonnell’s plan was to take some of that money and move it up to 2011-2013. The problem is that in 2014-2016, “we’re not going to be able to do as much.” 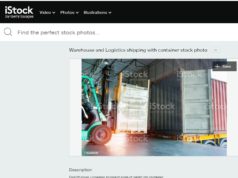