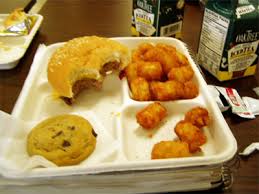 I’m with education and local government groups on this one:

Three statewide education groups are joining with the Virginia Association of Counties and the Virginia Municipal League to urge Gov. Bob Mc­Don­nell (R) to veto a bill that requires elementary and middle schools to offer 150 minutes of physical education a week.

Fairfax County officials had been pushing Mc­Don­nell to veto the bill, arguing that it is an unfunded mandate that would cost local governments millions as they hire new teachers, and that it would take time away from academics.

I’m with the educators and local officials on this one. Look, I’d support this legislation if the General Assembly also had voted to lengthen the school day/year in order to compensate for the extra time students will spend on physical education, AND also if they had appropriated funds to pay for doing so.

Instead, what the Virginia General Assembly has done with this legislation is to impose an unfunded mandate on schools and localities, forcing them to hire more teachers and/or expand facilities, without providing them the resources to do so. That, in turn, means that schools will be forced to cut back elsewhere — music, art, instruction time, whatever — in order to make room in their schedules and budgets for the unfunded mandate. That’s not acceptable, and it’s not right.

No question, childhood obesity is a major problem in this country, but the root causes of it go way, WAYYYYY beyond our schools. Given that child obesity has many root causes, most of which have nothing to do with our schools, dumping this all on the schools is certainly not the way to go. I mean, if the Virginia General Assembly were so concerned with childhood obesity, why didn’t they pass a hefty tax on sugared sodas and junk food? Why didn’t they vote to restrict marketing of junk food (e.g., “Happy Meals”) to kids? Why didn’t they take action to eliminate high-fat, high-sugar garbage from the schools? How about legislation to promote biking and walking and transit, while discouraging sprawl and car use — a major contributor to the obesity epidemic?

Instead of voting for any of these potentially productive anti-obesity measures, the General Assembly instead opted to impose an unfunded mandate on our already-stressed school systems. That’s not right and it could end up being counterproductive in other ways. Gov. McDonnell should veto this legislation.