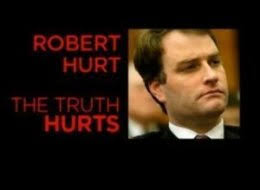 I’m obviously not a big fan of Rep. Robert Hurt (R-5th). If possible, I’m even less of a fan of the Tea Party. However, in this case, the Tea Party is absolutely right. As Waldo writes, it was just back in October 2010 that candidate Robert Hurt point blank promised:

“I can promise you this, I will certainly be as accessible if not more accessible than Congressman Perriello has been.”

Of course, that was utterly ridiculous even at the time, given the fact that Tom Perriello was probably the most accessible Congressman not just in Virginia, but in the United States. Whether people agreed with Perriello or not, almost everyone acknowledged his efforts to hold dozens (hundreds?) of town hall meetings, to listen to people in the district, and generally to be as accessible a representative as humanly possible. How Robert Hurt was ever going to top that record is hard to see.

Well, a few months since he was elected, Hurt has already failed big time, and the Tea Party is rightly displeased.

The group gathered in the parking lot outside Hurt’s Berkmar Circle office for about half an hour. After a few speeches, the crowd dispersed, with some attendees going to speak to office staff who were inside handling casework.

Some were upset that no representative from Hurt’s office came out to the event.

“When we did this at [Rep. Tom] Perriello’s office, he always had a representative to come down and listen to us,” said Don Woodsmall. “And no Hurt representative down here today? I’ve got to tell you, I’m severely disappointed.”

Shocker, eh? Robert Hurt, an almost completely inarticulate empty suit who will say whatever it takes to get (and stay) elected, isn’t being the type of representative he “promised” to be? What next, super-hawk Eric Cantor will criticize the president for doing exactly what Cantor had demanded – intervene against Qaddafi in Libya? Oh wait.