“Protecting access to oil supplies has become a vital interest, but Libya doesn’t sell much oil to the United States, and what has been cut off is apparently being replaced by Saudi production.”

Rebuttal: OK, but how about the oil we could get?  Or are we letting Europeans have Libya?  And if you condemn Gaddafi, won’t that oil shift from Europe to China?

“Of course, we want to support democratic movements in the region, but we have two such operations already underway – in Iraq and Afghanistan.”

Rebuttal: Notice how Clark puts this concern only after oil concerns.  Iraq was about oil, Afghanistan about a gas/oil pipeline from the former Soviet states.  Notice how Karzai worked as a top executive at Unical 76, and we put him in as prez.  In Iraq, we couldn’t provide security for museum of antiquities because we needed our soldiers to protect oil fields.

“Then there are the humanitarian concerns. It is hard to stand by as innocent people are caught up in violence, but that’s what we did when civil wars in Africa killed several million and when fighting in Darfur killed hundreds of thousands. So far, the violence in Libya is not significant in comparison.”

Rebuttal: Hmm, it’s like saying that when Darfur started we didn’t intervene because it wasn’t a holocaust yet.  This is pretty weak in my book.  So wait until most die and then intervene?  What if we did that with viruses?  As Keynes said, in the long run, we’re all dead, so why intervene?

“Maybe we could earn a cheap victory, but, on whatever basis we intervene, it would become the United States vs. Gaddafi, and we would be committed to fight to his finish. That could entail a substantial ground operation, some casualties and an extended post-conflict peacekeeping presence.”

Rebuttal: Weird coming from a guy who removed Milosevic with a NFZ and without a single casualty.  It wasn’t US vs Hussein in Clark’s NFZ in 1990’s.  Didn’t he run saying we shouldn’t remove Hussein in Iraq?  This argument contradicts his own record.

“In Libya, if the objective is humanitarian, then we would work with both sides and not get engaged in the matter of who wins. Just deliver relief supplies, treat the injured and let the Libyans settle it.”

Rebuttal: And how do you do that when Gaddafi is attacking relief convoys and journalists.  His snipers just killed an AlJazeera camera man today.

“But if we want to get rid of Gaddafi, a no-fly zone is unlikely to be sufficient – it is a slick way to slide down the slope to deeper intervention.”

Rebuttal: Again, it’s funny he didn’t argue this in Bosnia/Kosovo.  He was very much for a NFZ and argued further intervention would NOT be necessary.

“In Libya, we don’t know who the rebels really are or how a legitimate government would be formed if Gaddafi were pushed out.”

Rebuttal: Yeah, right.  AlJazeera has been talking about who all the members of the National Council are, how they are all former Gaddafi people, and you claim you don’t know who they are?  Did the US have no intelligence capabilities in Libya?  I don’t buy this.

“Perhaps we will have a better sense when Secretary of State Hillary Rodham Clinton meets with rebel leaders, as she is scheduled to do this coming week.”

Rebuttal: Yeah, she’s headed to meet them, not to negotiate terms for intervention like, how many oil facilities will you let our oil companies before we intervene?  We all know the State Dept, aside from diplomacy, is also a front for US companies seeking to invest in foreign countries.

“There could be a violent scramble for authority in which the most organized, secretive and vicious elements take over. We are not well-equipped to handle that kind of struggle.”

“In Libya, Gaddafi has used and supported terrorism, murdered Americans and repressed his people for 40 years. The American public may want to see him go. But his current actions aren’t an attack on the United States or any other country. On what basis would we seek congressional support and international authorization to intervene in a civil war? Do we have the endorsement of the Arab League? A U.N. Security Council resolution?”

Rebuttal: Maybe he spoke too soon.  The Arab League has now endorsed a NFZ.  And Clark knows damn well that UN Security Council could never pass a resolution because China and Russia would never support it.

It seems to me that it is in our national security interest to remove someone who repeatedly killed Americans overseas via terrorism, as well as supported the murder of the Jewish athletes at the Munich Olympics, shot down a plane over Lockerbie, killed American soldiers in Germany, supported N. Ireland’s IRA & Basque ETA, committed assassinations of Libyan dissidents with foreign passports living abroad including in plain daylight, having snipers shoot protesters in London from inside the Libyan embassy, and so on.  So fine, he hasn’t done anything lately, but what are the chances he will decide to play nice after we decided to condemn him?  His son has already said that they will kill their own people and then avenge the international community for what they have done.  Them’s fighting words!

“Whatever resources we dedicate for a no-fly zone would probably be too little, too late.”

Rebuttal: On what grounds?  That’s what they said in Bosnia/Kosovo, and Clark went against it.

4. On the Scene Military Capabilities: mm, hello, how many bases do we have in Europe?

a) Gaddafi will butcher his people without help; and,

b) Gaddafi will once again become an enemy of the West when this is all over given our strong condemnation, restoration of sanctions, etc.  If he sponsored terrorism before, what will he do now? 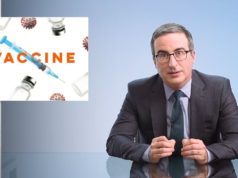