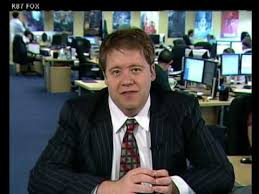 So far, Arlington County Board (NOT “Board of Supervisors,” as she oddly keeps calling it) Member Barbara Favola has had the Democratic nomination race in the 31st State Senate district all to herself (well, she HAS shared it with her real estate developer “friends,” who have been pouring money into her campaign in spite of the Arlington County Board’s informal policy that members should NOT take money from developers with business before the Board).

However, all that’s about to change, as we will explain below. For those of us who prefer REAL Democracy as opposed to Indonesian-style “Guided Democracy” — in which the “leader” (Dick Saslaw, Mary Magaret Whipple) usess heavy-handed efforts to “clear the field” for their preferred candidate (Barbara Favola) — all we can say is, “it’s about time!”

First, it now appears 99.9% certain that – as we reported the other day — U.S. Army Lt. Colonel Jaime Areizaga-Soto, and former aide to Mary Margaret Whipple (now that’s an interesting twist, eh?), will be running for the 31st State Senate District nomination (and will announce at the next Arlington County Democratic Committee meeting in the first week of May). The following is a screenshot of his upcoming website, currently under construction. In addition, I’m hearing that Englin Consulting will be heavily involved in helping Areizaga-Soto.

Lots more on the “flip!”

In other news, see this morning’s Washington Examiner article for news on Ben Tribbett’s increasingly likely run for the Democratic nomination in this district. The way I see this one, if you want a fighter who will shake things up in Richmond, and if you want an independent progressive who will not take orders from Dick Saslaw (or anyone else), then Ben Tribbett’s got to be a candidate who grabs your attention!

Third, I’m hearing that the Favola campaign’s experiencing some turbulence, with its top consultant – Liz Chadderdon, president of the Chadderdon Group – apparently quitting the Favola campaign yesterday. Personally, I wouldn’t be surprised to see Chadderdon helping Areizaga-Soto at some point, but we’ll see. Anyway, it looks like there will soon be (at least) two additional candidates in the 31st State Senate district Democratic nomination contest, in spite of “leadership”‘s heavy-handed attempts to prevent Democracy from taking place (why? very simple: Saslaw wants someone he can control, and also doesn’t want a “divisive” primary – in these people’s minds, primaries are almost always bad things – that would siphon money away and leave Democrats vulnerable to the likely Republican nominee, who apparently is worth hundreds of millions of dollars.