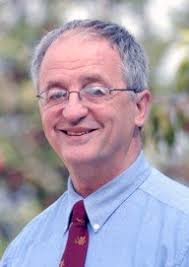 Earlier today, Del. Adam Ebbin (D-Alexandria) responded to Del. “Sideshow” Bob Marshall’s hateful comments that gay people are “intrinsically disordered” and should not be allowed to adopt children. Here’s what Del. Ebbin had to say in response to “Sideshow Bob” and his brand of bigotry (bolding added by me for emphasis).

While we are on the topic of adoption, I would ask:

Is it really better for children to spend time in an orphanage rather than a loving home?

Friends of mine are the best parents I know; one is a foster parent who is raising and nurturing a High School senior whose relatives did not send him to school. A guidance counselor recommended that he be placed in easy classes. My friend fought and had the student enrolled in courses suitable for a career in aviation. He fostered another child until that child’s dad got out of rehab. Other friends left the state–with their tax revenues and with their salaries.

Those who engage in adoption placements are agents of the state.

How dare a member of the this body call me intrinsically disordered.

Is it intrinsically disordered to love a child?

Is it intrinsically disordered to ensure that a child has an education?

Am I intrinsically disordered?

No, Del. Ebbin, you most certainly are not “intrinsically disordered,” nor are GLBT people in general. That’s just the ignorance and bigotry of hateful fools. As for “Sideshow Bob,” he’s an embarrassment to Virginia who badly needs to be defeated in November. Let’s hope.

P.S. It appears that Bob McDonnell has joined forces with “Sideshow Bob,” although at least McDonnell hasn’t called gays “intrinsically disordered.” Apparently, McDonnell’s too disciplined a politician to make a mistake that egregious.

P.P.S. On another important social issue, a woman’s right to reproductive freedom, State Senator Janet Howell (D-Fairfax) says that Bob McDonnell has definitively proven that he is no “moderate,” but instead is “actually quite a zealot on social issues.” Yes, Pat Robertson trained him well, whether it’s anti-gay or anti-women or whatever…no surprise there.