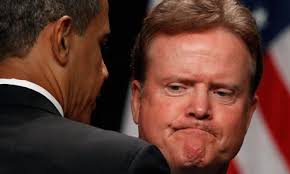 I strongly disagree with Senator Webb on this one. In my view, the Obama administration had this right the first time, when Attorney General Eric Holder proposed trying Khalid Sheikh Mohammed (KSM) and other 9/11 conspirators in civilian court in New York City, close to where the crime was committed (and also in accordance with that quaint notion called “the rule of law”). Unfortunately, strong opposition from Republicans, and also some weak-kneed Democrats (including Jim Webb), cratered that plan, leading to the outcome we see here. Why Jim Webb sees this as a good thing is beyond me, but here’s his press release for your edification.

Washington, DC-Senator Jim Webb issued the following statement in response to today’s announcement that the Obama administration will try alleged co-conspirators of the 9/11 attacks, including Khalid Sheikh Mohammad, in  military commissions:

“Today’s announcement affirms what I have consistently argued for several years: that military commissions, with the additional procedural rules added by Congress and enacted by President Obama, are the most appropriate venue for trying terrorist detainees. Those charged with crimes of war and those who have been determined to be dangerous law-of-war detainees do not belong in our courts, our prisons or our country.

“The new commission system is consistent with international standards. Moreover, it balances robust procedural and substantive rights for the defendants, including prohibiting the introduction of evidence obtained through torture, against the reality that these are not common criminals but violators of the law of war.”