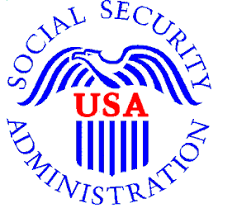 We are flush with recent examples of the GOP, Blue Dogs and Gang-of-Now-Five trying to cut Social Security as a faux fix for deficit reduction, despite the program’s having nothing whatsoever to do with the deficit. As I have said here so many times, the fact is that Social Security has never contributed one cent to the deficit. Instead, structural deficits have been created by an ideological group wanting to undermine the tax base while crying the poor mouth over federal programs.  Now Virginia voters give these politicians a piece of their collective mind: Hands off Social Security! This is an important warning to candidates who want to hold Virginia in 2012. It also has interesting implications for our neighbor to the south, North Carolina, as this article shows.

Lake Partners designed and conducted this study in March.  (If anything, as more understand this issue, even more voters will solidify their position against cutting  Social Security.) Here’s what the study found:

–Social Security could well play a big role in the 2012 elections.

–3/4 of voters don’t fall for the conservative lie that Social Security “contributed to the deficit.”

–The results transcended age, with more than 70% of voters in every age group opposing cuts to Social Security.

–Two thirds would be less likely to vote for a US Senate candidate who supports cutting benefits to reduce the deficit.

–53% of undecided voters said they will be much less likely to vote for anyone who proposes cuts to Social Security.

–There is “strong bipartisan support among Virginia Voters for lifting the cap to impose Social Security taxes on all wages above $106,800” (everything below that is already taxed for Social Security).

Suffice it to say, Republicans AND “conservadem” Democrats should listen up.  Both Bill Clinton and Gene Sperling  ought to listen up.  As recently as this past week, at the “Turn Coat Summit” (aka the 2011 Peter Peterson Summit-I told  you so) both said essentially that Dems need to hand over Medicare and Social Security cuts.  Now, a lot of what Bill Clinton said in his lengthy interview with Gwen Ifel was intelligent and sensible.  You can find that here. But then he subverts all the good things he said by essentially saying that while he disagrees with Paul Ryan, Dems should compromise with him anyway.  How do you compromise with one trying to end Medicare and replace it with rebates for buying insurance in the private (rigged against older people) insurance market?  Ryan is trying to throw two generations of older Americans (and all future retirees) under the bus? Clinton himself argued that the Ryan voucher plan would make things worse and make the nation’s seniors poor, if they are not already. So, why compromise with him?

For his part Sperling went so far as to say the WH is willing to offer up cuts in Social Security COLAs and a raising of the eligibility (seniors would have to be older to collect benefits). Don’t take my word for it.  According to Roger Hickey of OurFuture.org,


And at that same Peterson event, Obama economic adviser Gene Sperling publicly declared the Administration’s strong interest in cutting Social Security benefits – either by raising the retirement age or by messing with Social Security’s cost-of-living formula.

What part of Americans’ views do the politicians not understand?  Read my lips: No cuts to Social Security.  Handle any adjustments to it in separate negotiations outside the debt-deficit debate and annual budget hi-jinks.  Do the right thing. Tax all wages over $106,800 the same way wages below that figure are taxed.  Case closed. It’s a no-brainer that is too easy for a Republican House gone wild and Blue Dogs, who are more loyal to Peter Peterson (and the Koch brothers and other oil barons who fund them) than they are to the American people.

Democrats should fight for a clean debt ceiling bill, resolve deficit issues outside the debt ceiling debate, and should work on making Social Security strong into the future by applying the same Social Security (payroll) taxes to incomes above $106,800 as below it.  It’s just basic fairness.