As NLS first reported, “as of [last night], Janet Oleszek is officially a candidate for Braddock District Supervisor!” A few minutes ago, I had a chance to speak with Janet. Here are the key points:

*She’s not afraid to take on challenges.

*She believes that current supervisor John Cook is trying to push the Braddock District in a conservative direction, and sees that as “the latest assault on my neighborhood.”

*She has proven her credentials by serving in public office for years, as well as by taking on Ken Cuccinelli and coming as close as any Demcorat ever has to defeating him.

*Her #1 priority is education, for several reasons: it’s the largest percentage of the county budget; currently, there’s nobody on the board who’s directly connected to the education community in the way a former school board member like her would be (Kate Hanley was the last one); we need someone whose adult life has been dedicated to achieving excellent in education in Fairfax County; we need to expand educational opportunities, including all-day kindergarten (“I started that fight, it was completed this year”); education is becoming much more diverse, with different challenges that require a partner on the County Board who can guide the educational system into a sound future.

*Janet also emphasized that she will be the school board’s strongest ally on the County Board of Supervisors, working to “ensure that Fairfax public schools retain their vigor, vitality, and well-deserved reputation for excellence.”

*Beyond education, Janet will fight to maintain “the excellent quality of life we have here” in Fairfax County.

*She will fight for our “world-renowned” firefighters, as “they need to have a champion” on the Board of County Supervisors.

*She will engage with Richmond for the resources “we so desperately need for transportation.”

*She will encourage more VRE usage, as part of her belief that public transit and “smart growth” are the only solutions to sprawl and gridlock.

*She is “unapologetically in favor of human and civil rights and diversity in all our public institutions.” She promises to work tirelessly  for gay rights, immigration rights, and racial justice.

*She will fight against John Cook’s efforts to “privatize everything…to coopt public assets into privately held assets” (e.g., his suggestion to privatize the Fairfax County Parkway and turn it into a toll road).

*Finally, with regard to her primary, Janet says, “I agree with Congressman Connolly’s astute assessment of Chris Wade’s credentials.” For more on that, see here.

In sum, we finally have a real Democrat running to take on John Cook. I urge everyone to support Janet Oleszek, both against the “strong McCain-Palin supporter” running as a “Democrat” in the primary, as well as in the general election against Cook. Go Janet! 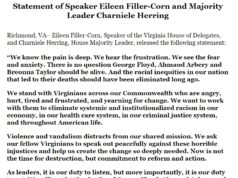 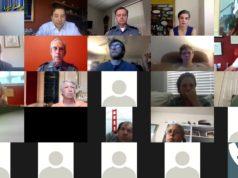 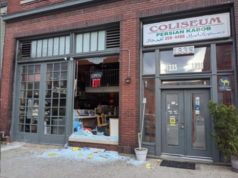 “When we vandalize and loot small businesses in our communities (many owned by People of Color), we are not helping the cause.”