In recent days, a couple of northern Virginia Democrats kicked off their campaigns. First, Mike Kondratick held his kickoff for the 87th district (around Dulles Airport) this past Sunday at Bonefish Grill in Ashburn. Click here for a Flickr photo set from that event, and also see the photo above, with Kondratick and Sen. Mark Herring. Who is Mike Kondratick exactly?  Click here to “meet Mike” and click here to learn about his concept of “Inventing Our Future Through a Partnership for Progress.”

The crisis of leadership we face is a crisis of creativity.  Our representatives in Richmond are content to recycle old solutions rather than inventing new ones.  They can’t begin to solve our problems because they have refused to look at them from a different perspective.  I’ve built my campaign to provide this new perspective.

Rather than simply looking at what services to cut, what taxes to increase, or how much money we can borrow I want to build a government that looks first at how to innovate its way past these same, tired decisions.  I want a government that can help invent our future rather than one that is held captive by a lack of imagination.

Good luck to Mike Kondratick, we hope to hear good things from you in coming months! 🙂

Second, see the “flip” for the campaign kickoff announcement by Jack Dobbyn, who is running against the abysmal Del. Dave “Abuser Fees” Albo in order to “deliver real leadership for Southern Fairfax County.” I sure hope he succeeds, because truly, as a formerly great blog that exists no longer used to say, “Albo Must Go!” 🙂

MT.VERNON – Jack Dobbyn, a community leader and successful small businessman, announced his candidacy today for the Virginia House of Delegates.

“I’m running for Delegate because I want to make sure my daughters enjoy the same opportunities that I had growing up, and I want the same for you and your family,” Dobbyn said. “Southern Fairfax County deserves real leadership in Richmond, and I will be a tireless advocate for better schools, roads, transit, and our fair share of the tax dollars we send there.”

As the Vice President of Operations of his family’s real estate consulting firm, Jack understands what it takes to meet a payroll, create jobs, and grow our local economy. Tired of the excuses and endless bickering in Richmond, Dobbyn will cast partisanship and special interests aside and use the same business-minded approach to deal with the problems facing Fairfax County.

“As a small businessman, I pursue the challenges facing my company and get the job done,” said Dobbyn. “As your Delegate I will be a working partner to anyone serious about solving problems and strengthening the quality of life in our community.”

Born and raised in Mount Vernon, Jack and his wife Katie own a home in the same neighborhood where he grew up and are proud to be raising their two daughters, Victoria (3) and Marie (1), in the community they care so much about. As young parents, they appreciate the benefits and challenges faced by long-time and newer residents raising families in Fairfax County.

Committed to serving his community, Jack plays an active role with the Mt. Vernon Kiwanis Club, the Mt. Vernon Chamber of Commerce and Knights of Columbus Council 5998. He also volunteered as a coach in the same Woodlawn Little League that he and his brothers played in as kids. Dobbyn’s faith is a guiding force in his life, and he has regularly attended Good Shepherd Catholic Church, where he was an altar boy, with his family since childhood. 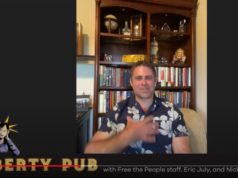 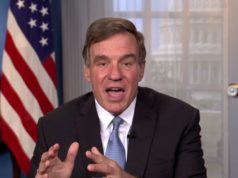 Video: Sen. Mark Warner Says “the thing that is so unsettling…is this president’s constant disregard of the law, of the rules”