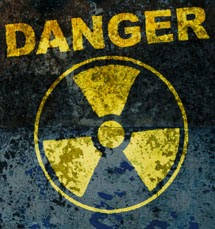 As has been much-reported and discussed, a few weeks ago Virginia Uranium sponsored an all-expenses paid trip to France to lobby members of the Virginia General Assembly. The vast majority of legislators turned this trip down as unethical or improper, though it is a perfectly legal “gift” under Virginia state law. Even Delegate Dave “Abuser Fees” “DUI” Albo, who is widely thought of as a legislator with conflicts of interest declined to go on the trip, saying “politically speaking, I think it has the appearance of impropriety.”

And it does have the appearance of impropriety. At around $10,000, it’s more than half the amount that Englin is paid to do his job as a state legislator ($17,640). So, they’re paying half as much as We the People are for him to do his job.

At the Charlottesville Keep the Ban meeting, which I have previously written about on this site, representatives from Virginia League of Conservation Voters, Sierra Club, and Virginia Conservation Network noted that Virginia Uranium loves lobbying this way because it allows elected officials to take their wives to be wined and dined in Paris and have a good time while seeing a non-functioning site, getting a very narrow view of the facts.

I want to be accurate and note that Englin said “Despite what The Washington Post has reported, the three days in France were not a vacation. We did have one day and part of an afternoon to ourselves in Paris, but otherwise we were in briefings, meetings and site visits.” I don’t want to get too sidetracked over what we’re calling this trip, because that’s really not the point. I do want to be clear, though, that if myself and my spouse were flown to France all-expenses-paid and had a day and a half free in Paris, I would consider it a vacation even if I spent time in meetings. But let’s get past the fact that Virginia’s extremely lobbyist-friendly contribution and gift rules enable these ethical lapses and get to the implications of Englin’s going on the trip, and what it means for Virginia Uranium in their lobbying and strategy game trying to lift the ban during the General Assembly’s next session.

Englin has attempted to defend himself fairly consistently by hiding behind his legislative record—in particular, “my record as a five-time League of Conservation Voters “Legislative Hero.” He brags, “With full knowledge that I am among its greatest skeptics, Virginia Uranium invited me on this trip because the company truly believes the facts are on its side.”

What Englin is too naïve to understand is it is exactly that record that actually makes Englin’s going on the trip an even bigger victory for Virginia Uranium. Even if Englin votes, as he should, to keep the ban in place, he has still played right into Virginia Uranium’s messaging and legislative game. Instead of attacking uranium mining as a health, safety, and economic problem for Virginia with very few to no benefits, (including most of the benefits of mining only being seen out of state) he says “Some of the information we received in France conflicts with scientific studies on long-term toxicity previously cited by environmentalists, and I have asked both sides to respond to each other’s assertions as I work to sort out fact from fiction.”

So now Virginia Uranium can say that a five-time League of Conservation Voters “Legislative Hero” is undecided if this practice should be allowed or not—and the fact that the information he was given “conflicts with scientific studies” apparently is something that matters (I was under the impression that science was generally a term to describe something done accurately through the scientific method, whereas lobbyists say whatever they're getting paid to). Virginia Uranium can now say that one of the biggest environmental advocates in the General Assembly is unsure on what is fact and what is fiction. This gives them a significant foothold in establishing that there is in fact a debate over whether a completely unsafe practice can be done safely.

Lowell wrote a post on this site, asking the Democratic candidates in the 30th and 31st State Senate districts and the 49th House of Delegates District “whether they believe that accepting gifts like a $10,000, all-expense-paid trip to France by a uranium company with business before the General Assembly – is appropriate.” All those listed as responding in the post–Libby Garvey, Jaime Areizaga-Soto, Barbara Favola, Rob Krupika, Adam Ebbin, Alfonso Lopez, and Stephanie Clifford all responded that they would not have taken the trip. If you haven't read the quotes, it's really worth a click through on the link–most are at least uncomfortable with the impropriety and ethical implications of taking a trip (though some express this sentiment more strongly than others), and most also discuss the need for reform of Virginia's contribution and gift rules. None of these candidates would have given Virginia Uranium a leg up on their argument to overturn the ban by going on this trip.

Either Englin is so corrupt that contrary to what he writes, his vote can be bought, or he has such a minute understanding of strategy that he doesn't see that he's just become one of Virginia Uranium's biggest assets in its argument to lift the ban. What a shame that even if Englin's vote is not for sale, by falling for and playing into Virginia Uranium's strategy, he is.