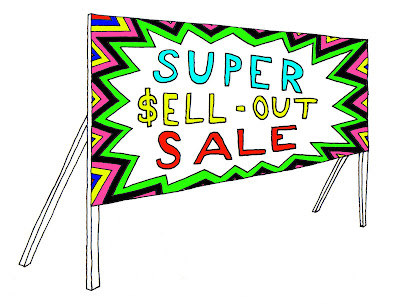 The New York Times is reporting this afternoon that President Obama and Speaker Boehner have rekindled the so-called “Grand Bargain” in a form that, if the report is accurate, means that the President is about to snatch political defeat from the jaws of victory, for the price of lousy economic policy.

According to the Times:

The Obama administration has informed Democratic Congressional leaders that President Obama and Speaker John A. Boehner were starting to close in on a major budget deal that would enact substantial spending cuts and seek future revenues through a tax overhaul, Congressional officials said Thursday.

With the government staring at a potential default in less than two weeks, the officials said the administration on Wednesday night notified top members of Congress that an agreement between the president and Mr. Boehner could be imminent. The Congressional leaders, whose help Mr. Obama would need to bring a compromise forward, were told that the new revenue tied to the looming agreement to increase the debt limit by Aug. 2 would be produced in 2012 through a tax code rewrite that would lower individual and corporate rates, close loopholes, end tax breaks and make other adjustments to produce revenue gains.

Officials knowledgeable about the conversations between the administration and Congressional leaders said the details of the potential package remained unknown but they presumed it would include cuts and adjustments in most federal programs, including Medicare.

Now. Lets not get ahead of ourselves. The story was accompanied by plenty of denials and warnings that the deal wasn’t final and blah blah blah, but still, this story has all the marks of a trial balloon. What’s more, combine it with Boehner’s statement earlier today that was, in some ways, conciliatory, but still emphatic that taxes remain off the table, Harry Reid’s comments urging the President not to give in on the issue of taxes, Jack Lew briefing Senators on the negotiations, and the idea that Obama has signaled a willingness to agree to a deal that is all spending cuts and only uncertain future revenue increase, has some credibility.

So, to recap, we were on the verge of resolving the immediate debt ceiling crisis, either an agreement based on a flawed deal from the Gang of Six that at least offered the prospect of bipartisan agreement on some form of revenue increases, or a convoluted plan hatched by Mitch McConnell with political cover that would have mattered to political reporters and politicians, and no one else on Earth, but would have avoided a default and downgrade by the United States.

Neither of those would be particularly good policy, but at least they both would have had the political virtues of margainalizing the Tea Party as wholly unreasonable and captive to extremist ideology, and possibly launching a civil war within the GOP.

If, on the other hand, no deal got done, the public would have, properly, blamed the fiasco on the GOP, while as President Obama could have started taking strong executive measures to limit the fallout.

There was no downside.

Instead, for some inexplicable reason Obama is now floating a trial balloon on a plan that Democrats cannot support (and thus results in painting Democrats as unwilling to compromise on entitlements when that is not true) and, what’s worse, appears to give the GOP cover with respect to their plans to dismantle Medicare by agreeing to Medicare cuts.

I could live with the political loss if it was in exchange for a good policy outcome, but immediately cutting government expenditures is awful economic policy that would likely slow whatever anemic recovery we currently have.

Arguably, the deal benefits Obama by allowing him to claim the mantle of the great compromiser in a wicked capital city filled with partisans. And the deal benefits the tea party, by reinforcing their hostage-taking as a legitimate and effective tactic. And the deal benefits Grover Norquist and his band of “starve-the-government-and-drown-it-in-a-bathtub” acolytes, by legitimizing their faulty assertions that, one, government is too big, and two, we have a spending problem, not a deficit problem.