Virginia has a surplus, so why are we cutting funds from public safety and public health programs? According to Governor McDonnell's most recent estimate, the state's surplus this year is estimated to be $200 million. But, as a story in today's Lynchburg News & Advance illustrates, localities aren't benefitting from the boost in state coffers. In fact, state budget cuts are costing localities up to $60 million in aid this year.

“I think it's unconscionable that the state would claim to have a balanced budget when in fact all it's doing is forcing us to raise revenues locally to pay for its efforts,” Councilman Michael Gillette said Tuesday, going on to call the state's actions “dishonest. “They project the desire to balance the budget and, in fact, they're not doing it,” he said.”

Rather than truly balancing the budget, officials have been moving money around behind the scenes and pushing costly expenses off onto localities. Now localities are faced with tough financial decisions-accept the state cuts or continue the services and reimburse the state out of their own pocket. That's money that would otherwise go to already-strained local budgets.

Localities that have left the slicing and dicing up to the state have come away sorely disappointed with the state's spending priorities. Virginia Beach, the largest city in the state, saw the state pull funds from public safety.

[Virginia Beach] City Manager Kimball Payne noted dryly that he found it interesting the state felt public safety funding was expendable. “I'm quite surprised that's where they feel there is the most discretion,” he said.

Budgets are governing documents. They signal our priorities as a state and community. Governor McDonnell's financial cuts and proposals have clearly illustrated his priorities: manipulate the state budget through financial shell games to falsely lay claim to the mantle of financial stewardship. Now, localities must pay the price. 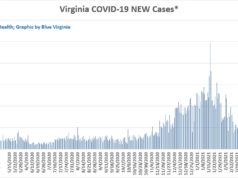