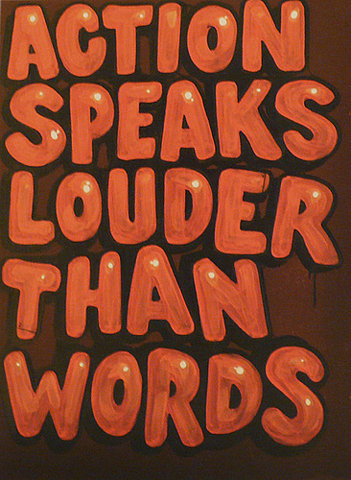 Several days ago, many of us were very pleased by the the email sent by Del. David Toscano (D-Charlottesville), the new minority caucus chair in the House of Delegates. For the first time in a very long while, a Democrat in Richmond was sounding like a  Democrat ready to fight for principle.

Now, however, comes the hard part. Will the Democratic caucus act on those principles and put them into legislative form, knowing full well that none of them will pass the House?  Will they then be willing to confront Republican obstructionism and demonstrate that they, unlike the GOP, believe that government can be an agent for positive change that benefits Virginia’s middle class and her working people?

If so, I’ll feel that the Democratic party in Virginia has begun its turnaround, putting ideological distance between itself and the ever-more radical GOP that now controls Virginia state government at all levels. If not, then Del. Toscano’s words are just that, words and nothing else. I sat down and came up with a few possible legislative initiatives that fit the rhetoric of that email.

“Our Commonwealth is diverse, and we should celebrate this fact and build on its strengths.” – Perhaps we could see a bill that would make it illegal to discriminate based on sexual orientation in state hiring or by companies with state contracts.

“Our Commonwealth should be fiscally responsible, honor its promises, and share fiscal challenges…restoring the Virginia Retirement System to full solvency.” – We need a bill that would prohibit future use of VRS as a slush fund to “balance” the budget, in addition to prohibiting the state from not paying its full annual share into VRS.

“For me, that means maintaining funding to employ people in education, public safety, and transportation.” – Virginia desperately needs to pass a bill to provide a dedicated funding source for transportation, instead of simply borrowing against the future.

“It means investing in K-12 education and higher education.” – The state has never fully funded its own Standards of Quality for education. Now might be a good time to do so.

“We should embrace government reform where it works and not on the basis of some vague ideological position.” – The best government reform that would work for all Virginians (except perhaps for incumbent office holders) would be legislation to change the decennial redistricting of the state from a political process to one in the hands of a non-partisan commission.

” For me, that means…a tax climate that is fair and raises revenue sufficient to support the services our constituents hold dear.” – Virginia needs a commission to study the state tax system and to identify tax expenditures and credits that provide unfair advantage to some groups of the state’s citizens, as well ways to make the state income tax more progressive. The results of such a non-partisan commission should be given to the General Assembly for an up-or-down vote.

“If we are to maintain our competitive edge, we will need to encourage more innovation.” How about legislation mandating that utilities generate a set percentage of their power from clean energy sources? After all, 29 states and the District of Columbia have such standards. All Virginia has is an ineffective voluntary standard.