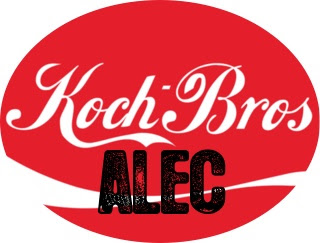 People have been focusing on possible voter suppression if HB 9, which will require that potential voters produce identification in order to be allowed to vote a regular ballot, were to become law. However, there is a far worse bill than Mark Cole’s HB 9. HB 895 has been introduced by Dave Albo (R-Springfield) and co-sponsored by Tim Hugo (R-Centreville). That bill would require all persons registering to vote to prove they are citizens of the United States, prove they live in the precinct they will vote in, and produce a current, government-issued photo identification.

I can’t see how that bill – should it become law – would ever pass scrutiny by the U.S. Department of Justice, but that didn’t stop Albo from introducing it. It even tries to backhandedly overturn the National Voter Registration Act of 1993, better known as the “motor voter bill,” by requiring that anyone registering at the DMV or other state agency bring all that identification with them.

Mark Cole, Tim Hugo and Dave Albo have one thing in common besides being right wing Republicans. They are all participating legislators in ALEC, the far-right corporate bunch that writes model right-wing laws for state legislators to introduce. Albo is on ALEC’s Public Safety and Elections Task Force. Hugo is on two ALEC task forces. Mark Cole is on the ALEC Education Task Force.

HB 895 and HB 9 both follow ALEC’s model bill that is intended to suppress voter turnout in the guise of protecting against imaginary voter fraud.

That’s how far we have gotten from the representative democracy outlined in the U.S. Constitution, folks. Global corporate entities now have the power through ALEC to assure that conservative changes to state law have a good chance to take away your rights, including the right to have your vote counted.

According to the Washington Post, the law passed last year by the General Assembly that is the basis of Ken Cuccinelli’s assault on the Affordable Care Act was also the brainchild of ALEC.

We’ve already seen the damage done by the Supreme Court rewrite of election spending controls in its Citizens United decision giving corporations and the uber-wealthy the ability to buy elections. Now, through ALEC and complicit state legislators, we are seeing blatant attempts to disenfranchise more and more ordinary citizens.

As Warren Buffet said recently, if there is class warfare going on, it’s his side that has the nuclear weapons. You and I don’t even have rifles.