lowkell - June 1, 2019 0
Everything about the following audio clips epitomizes the slimy, corrupt "Virginia Way," and the incestuous little world in Richmond - (e.g., at the corporate-funded... 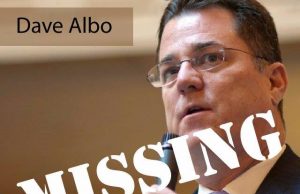 lowkell - April 5, 2017 6
In late March, I ranked the competitiveness of Virginia House of Delegates districts. Clocking in at #12 was District 42. District 42 (57% Hillary Clinton district):... 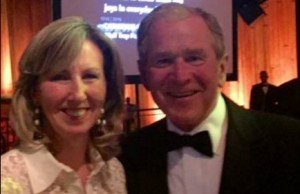 Photos: Who Barbara “GOP Attack Dog” Comstock’s Been Hanging Out With...

lowkell - September 17, 2016 0
Perusing Rep. Barbara "GOP Attack Dog" Comstock's Facebook page, you can see what she's been up to recently. Needless to say, it has NOT... 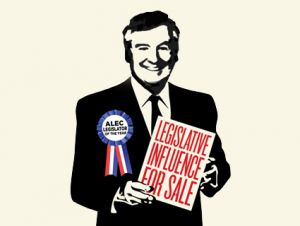 Several groups have begun working to insure the right to vote for some groups of Americans, especially minorities, the elderly, and young adults. One such group, VoteRiders, a non-partisan and non-profit organization, has launched a nationwide program, "Take a Friend to the DMV," to help citizens get their voter IDs. The NAACP has also pledged to have a robust program to insure people's right to vote. Programs are needed most in state like Texas and Pennsylvania, where citizens can only vote if they have a government-issued photo ID, a document that requires a person to also present a birth certificate.

There's no question as to the motive behind the Pennsylvania law. The state Republican majority leader told a meeting of the Republican State Committee: "Voter ID, which is going to allow Governor Romney to win the state of Pennsylvania, done."

TheGreenMiles - February 24, 2012 14
Ben Tribbett flags this clip from the Virginia General Assembly floor of Del. Dave Albo (R-Fairfax). Del. Albo took to the House floor to describe how his wife spurned his advances after seeing a story about the Virginia GOP's efforts to mandate transvaginal ultrasounds.

So Virginia Republicans banned gay marriage because they think two men kissing is icky, but we have to listen to Dave Albo and his middle-aged paunch talk about putting on the moves like he's a 15-year-old boy trying to get to second base? lowkell - December 30, 2011 2
Is Del. Dave "Abuser Fees" Albo taking aim at Arlington on the issue of immigration? I don't know, but this bill sure looks like it.

Specifically, it seems that Albo is targeting stuff like this:

Following an impassioned presentation by board member Walter Tejada, and without further discussion, the board voted 5-0 to direct County Manager Michael Brown to formally notify Virginia State Police and U.S. Immigration and Customs Enforcement of Arlington's intention to withdraw from the {Secure Communities immigration enforcement} program, which Virginia implemented statewide earlier this year.

"This is something that was imposed on Arlington County and other jurisdictions," Tejada said. "They didn't ask our opinion, there was no public process."

Apparently, Dave Albo is trying to ensure that nobody asks Arlington's opinion in the future, either. The heavy hand of government -- Republican style!

If Democrats are willing to tolerate a lobbyist as state party chairman, at least he won't be abusing elected office to feather his nest in the way Virginia House Speaker Bill Howell (R-28th) does without chagrin. Howell has lobbied for years to indemnify a corporate donor from lawsuits.

A member of the American Legislative Exchange Council (ALEC), a non-partisan, ideologically conservative, non-profit 501(c)(3) membership association of state legislators and private sector policy advocates (translate corporations), Howell has been pushing a bill that would help protect a single company (Crown Cork & Seal) from asbestos lawsuits. He has used his position and influence in an attempt to bully and maneuver the bill to passage.

Two years ago, Crown Cork spent $25,095 on four lobbyists to help get the bill passed, according to state records. Last year, it spent $84,167 on seven lobbyists. This year, they had the same seven lobbyists, though one left to work for newly elected Republican Gov. Robert F. McDonnell. - Washington Post