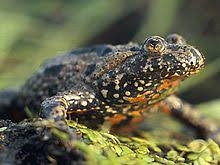 This article upon which this diary is based appeared at Bradblog.com.

It’s so tough for Newt (and some of the other GOP candidates) to get 10,000 signatures! (Snark.   Vermonter Howard Dean could do it, but these guys cannot? Not even Newt from the South?) So sad.  Feel sorry for the whole crew of them (not).

It turns out that, not only have the two GOP frontrunners put in place a massive Democratic voter disenfranchising plan (disenfranchising lawful voters), but also one can act sanguine about an alleged fraud committed by one of his own campaign workers.


Nonetheless, The BRAD BLOG has received confirmation from two different state agencies that the 1,500 alleged cases of ballot petition fraud said to have been carried out on behalf of the Gingrich campaign, in their unsuccessful attempt to qualify for the Republican primary ballot in Virginia, is now being carried out by the Attorney General’s office.

The explanation given by Newt was simple.


The former Speaker of the U.S. House of Representatives downplayed the incident, by explaining to the woman that the entire affair was “just a mistake”, after they had “hired somebody who turned in false signatures.”

So the State Board of elections (SBE) requested that the AG open an investigation.  The office of the AG has confirmed to Bradblog that such an investigation is underway.

From the worst Speaker of the House ever, from the obstructionist of the century, who shut down government (as if to say, damn the citizens and the work government does on their behalf), and from the haughty phony pseudo-moralist (prosecuting Clinton for extramarital sex while having such himself), this is ripe. Newt Gingrich was driven from Congress in disgrace, with the overwhelming majority of his own side voting to censure. This is is our history. Yet Newt gets his friend David Barton to insert Newt’s name in grade school textbooks while taking out the name of Thomas Jefferson.

Newt was the precursor to Swiftboating. He showed the right wing how to vilify, demonize, and rebrand Democrats. The man has no conscience but pretends to on “debate” unreality TV.  Now he threatens to take the GOP frontrunner down, no matter what. If there were a real worst person in the world award, Newt just might win…unless he succeeds in completely re-writing history books and election rules.  You see, if a member of his campaign does it it, Newt shrugs it off. ACORN uncovered its employee’s much smaller fraud and turned in its employee for investigation, but despite the organization’s openness and honesty in he matter, ACORN was then set up (videos were deceptively edited) and eliminated from the face of the earth by the vile GOP slime machine. God forbid actual voters can vote.  And you wouldn’t want ACORN to help millions of legal voters do just that. (Snark again.)

Thank you to Sen. @amyklobuchar for fighting to keep Virginia BLUE! https://bluevirginia.us/2021/09/sunday-news-germany-holds-watershed-vote-to-choose-angela-merkels-successor-the-nation-faces-financial-calamity-republicans-will-be-to-blame-trump-endorses-stacey-abrams-lol#comment-5549432957