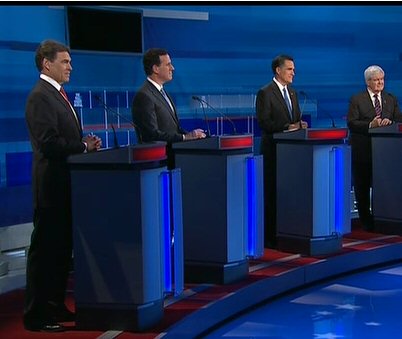 Polls close in South Carolina at 7 pm. Feel free to use this as an open thread to discuss the results of this primary, and also of the Teapublican primaries in general. Interesting, the early exit polls indicated that “Nearly 2/3 say recent debates — where Gingrich got rave reviews — were an important factor,” and also that “about 1/2 of voters made up their minds in the last few days, backing up Gingrich poll gains.” Looking good for Newton over Willard, but we’ll see soon enough! By the way, if Gingrich does beat Romney in South Carolina tonight, that will mean Romney’s only won a single primary, and that was in his de facto home state, so it really shouldn’t count for much. Not impressive.

UPDATE 9:17 pm: As Loudoun Insider points out, “Of course the collapse of Mitt Romney in the South Carolina polls had little to do with Bob McDonnell, but it certainly does not help McDonnell’s VP campaign to endorse and campaign for Romney there just as Romney collapses and loses pretty significantly.” Hahaha.

UPDATE 11:41 am Sunday: Check out Andrew Sullivan’s fascinating thoughts on Newt Gingrich, Willard Romney, and the “crack-up” of the Republican Party. That includes this comment, with which I agree wholeheartedly: “If I were a Republican, I’d be ashamed. But Gingrich won, I think, because shame is alien to him. Especially when it comes to race.”