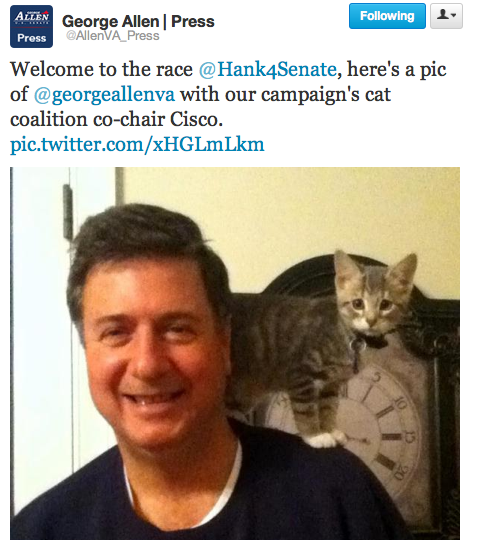 Oh, George Felix Allen, what a goofball. Here’s what Brian Coy of DPVA has to say:

After ducking and dodging the issue repeatedly, George Allen’s campaign staff has continued to refuse to say where their candidate stands on legislation that would force a medically unnecessary ultrasound on women before they undergo an abortion.

The Allen campaign did find the time today to send this tweet welcoming Hank the Cat and his fake campaign to the race for Virginia’s U.S. Senate seat. As he enters the race, maybe Hank can convince former Senator Allen to stand up and tell Virginians whether he agrees with the Republican war on women’s health care or not