P.S. Also note that the CPAC poll is pretty much meaningless, as it’s a skewed demographic (e.g., much younger than national conservatives), and was almost certainly a result of wealthy campaigns (e.g., Romney’s campaign, which managed to eke out a small victory over Rick Santorum for the straw poll win) paying for students’ (and others’) tickets. So, take it with a huge – even “severe!” – grain of salt. 😉

UPDATE: The New York Times reports, “The Romney campaign was working aggressively behind the scenes for a strong showing, including busing students from colleges along the Eastern Seaboard to show their support.” 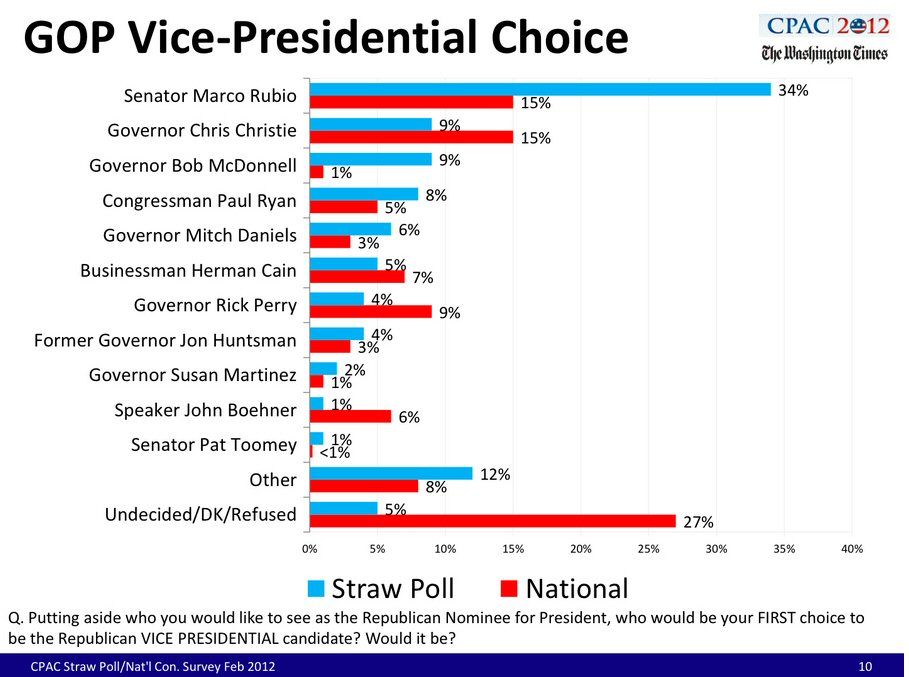 Virginia COVID-19 Cases Up 140,576 Over the Past 10 Days…Has the Omicron Wave Finally Started to Recede?