Good riddance. Now, on to the many other crazy bills Republican’ts are pushing this session. It never ends…

UPDATE: Here are a few comments from our elected officials, off their Twitter feeds.

Del. Mark Keam: “Very controversial GOP HB 1 “personhood” bill stopped in Senate on 24-16 bipartisan vote. #WinForWomen! Thanks to the public who spoke out!”

Del. Charniele Herring: “So, #personhood bill was re-referred to committee and carried over for the year. Thanks everyone & grassroots nation!”

Del. Alfonso Lopez: “HB 1 – the Personhood Bill was just re-referred in the Senate. Effectively killing it this session. Thank you Senate!!”

Also, the RTD reports, “In a stunning turn of events, the Virginia Senate has voted 24-14 to scuttle a bill that would have given fertilized eggs the same legal rights as people.” 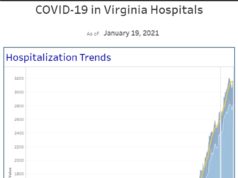